Milien (by wife Galante)
Dad (by his children)
The Watchmaker

Use his technology and get money selling it to get his family out of poverty (failed in the past).

Kill Soft Oak and Grougaloragran for more Wakfu (partially succeded).
Destroy the Tree of Life, gain its power and get all of the necessary Wakfu to travel back in time and to save his family (failed).

Destroyed many living beings for their wakfu

Nox is the main antagonist from Season 1 of the French cartoon series Wakfu, which is based on the game of the same name.

He desires to take all of the Wakfu from the world, or at least enough of it, to power the Eliacube, a small cube of incredible power that appears to speak to him, and go back in time to save his family from death. Because he is trying to go back in time, he is ruthless in the pursuit of his goal and takes many lives in his quest to gather Wakfu (life force/energy), as he believes that when he goes back in time, all that he has done will be undone.

He is voiced by Benjamin Pascal in french dub. In the english version is dubbed for Arthur Bostrom on first season, later Kaiji Tang it is who replaces it from the season three.

Before the Eliacube affected him, Noximilien was a loving father and husband, and gifted and hard working inventor, although he always managed to spend quality time with his family. Once changed by the Eliacube, Nox is diabolical, manipulative, obsessive, insane, cunning, and ruthless in pursuit of his goal. He is willing to drain the Tree of Life of its Wakfu even though this will lead to the death of the entire Sadida race (a race closely linked to nature), and has likely committed similar acts in the past.

However, he is not cruel or without conscience- he is shown to regret the harm he causes, but continues anyway, as in his insanity truely believes that with enough Wakfu he can go back in time and actions will be undone. He is also very clever and strategically minded, and is often amiable when interacting with other characters (even if he is fighting them, which creates an interesting contrast), though has little patience if he feels his goal is seriously threatened.

Despite all of the evil that he has done, when Grougaloragran looks at Nox's soul, he sees that he is still good (if only just) and tells him to stop his quest, but Nox refuses, determined to undo the damage he has caused and reverse time so that his family will live. Nox also returns the Wakfu he stole from Alibert earlier in the season. He is not entirely sure why he returned it, but it seems to be a mixture of conscience and his belief that Alibert might understand him, as Nox noticed how Alibert was willing to risk his life for Yugo- something Nox can relate to.

In his human form he used to have brown skin, straight blond hair with a long lock, slim body, round chin, small eyes of black irises and a narrow long nose. His clothing consists of a white t-shirt, black pants, white hat with ear flaps, a white band on his wrist and two others on his feet instead of shoes.

When taking the capacities of those of a xelor, he uses as such bandages around the entire body, an armor that covers his chest with knees and shiny circles on them. At the beginning of the series he used to wear a straw hat with a circular screen that covers his face and pierced for one eye, a sleeveless dark gray garment with shoulder pads and a black arrow on the buttons of the neck, dark green pants, black leggings tied to sandals.

In the following chapters, after being destroyed her first outfit, the armor (a helmet with a gear drawn on the eye and an upward line on the other) and bandages they are more remarkable in view also occupying ribbons tied at the extremities, a worn tunic with a brown arrow. Sometimes he wears a blue sleeveless hood.

Like all Xelors, Nox's main powers are time-themed. He can slow time down (to the point where it appears to be stopped), and (usually only with the power of the Eliacube), even stop it entirely. The weaker versions of this spell can be broken if the victim is particularly strong willed. The stronger versions need to be broken magically. He can teleport limited distances and also suspend himself in the air. Using the Eliacube, Nox can generate pure blasts of Wakfu as well.

One of his greatest assets is his durability. The Eliacube seems to protect Nox, because even after he has taken blows that have destroyed his armour, Nox himself remains virtually unhurt. As the Eliacube is also likely the only thing that's holding Nox together too, he can become exhausted and too weak to use magic if he uses too much Wakfu.

Nox also has a sword and can generate a Wakfu powered shield, but always uses the least Wakfu-costly attacks as possible, in order not to use up too much of what he has collected. He will retreat rather than waste Wakfu on a fight he doesn't think will win him more Wakfu.

As he was once an inventor and watchmaker, Nox has an army of Eliacube-powered machines to aid him. 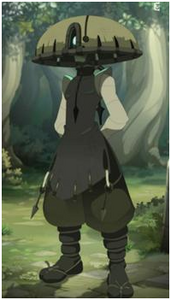 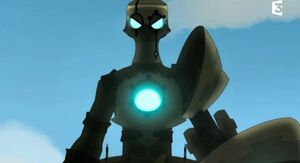 Nox is not happy 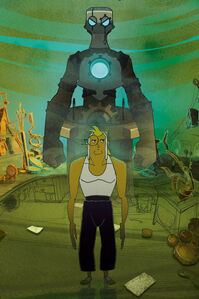 Noximilien as human in Wakfu 2010 special. 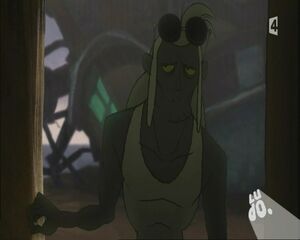 Noximilien's mentally being corrupted by the power of the Eliacube. 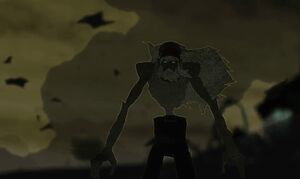 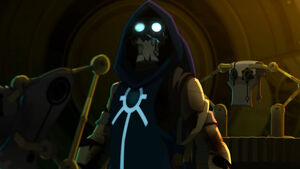 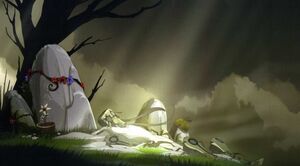 Nox rest in peace in his tomb. 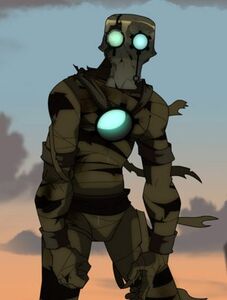 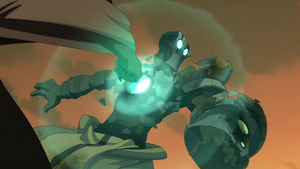 Nox in the Season 3 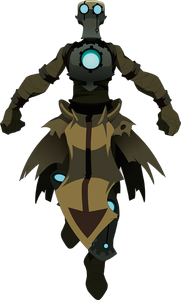 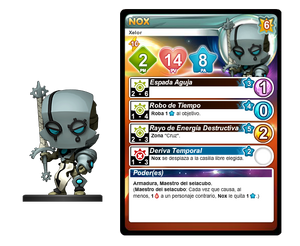 Nox's figure and card in Krosmaster. 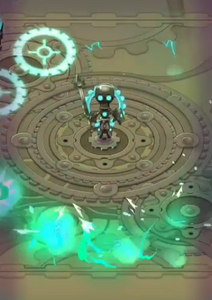 Nox in Wakfu: The Brotherhood.
Add a photo to this gallery 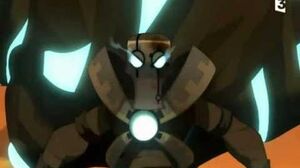 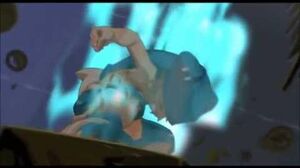 Wakfu - Yugo vs Nox.
Add a photo to this gallery

Retrieved from "https://villains.fandom.com/wiki/Nox?oldid=4115473"
Community content is available under CC-BY-SA unless otherwise noted.