Killing people for meat and eating them with his family.

Bring Sally Hardesty to the Sawyer family for "dinner".

Nubbins Sawyer is the secondary antagonist from the 1974 film The Texas Chain Saw Massacre. He is a member of the cannibalistic Sawyer Family. He is the younger brother of Drayton Sawyer, the older brother of Jedidiah "Leatherface" Sawyer, and the twin of Paul "Chop Top" Sawyer.

He was portrayed by Edwin Neal, who also voiced Two-Face and Killer Croc in DC Universe Online.

He first appears in the film hitchiking home and is picked up by Sally, Franklin, Pam, Jerry, and Kirk.

While in their van, Nubbins shows them horrific picture of animals he slaughtered. Then cuts his hand with Franklin's knife and takes his picture with a camera and tried to sell it to him. When Franklin refuses to buy the picture, Nubbins blows it up with gunpowder, and then slices Franklin's arm with a straight razor. He is thrown out of the van, but manages to mark a pattern on it with the blood before the four can speed away.

He next appears much later after all of the four but Sally have been killed by Leatherface. He helps Drayton tie up the kidnapped Sally and helps Grandpa Sawyer drink some blood from her finger. While the family eats dinner with Sally tied to an armchair with real arms, she tries to convince Drayton to stop the others. Nubbins reacts to this by revealing his contempt for Drayton, revealing that Nubbins and Leatherface do all the killing and grave robbing for meat, and that Drayton is just a cook. After dinner, Nubbins suggests that they let Grandpa do Sally in. They untie her, and Nubbins holds her over a large metal tub to catch the blood. Grandpa is given a sledgehammer to kill Sally with, but keeps missing. Nubbins becomes impatient and tries to grab the hammer, releasing his grip on Sally, who manages to shake herself loose and run out of the house. Nubbins chases her into the nearby road, only to be run over by an eighteen-wheeler truck.

Nubbins' corpse makes an appearance that his family pieced back together. He mostly seen with his twin Chop Top, who sadly pretends he's still alive. Nubbins also had a grenade tied around his neck that Drayton later uses to blow everything up. 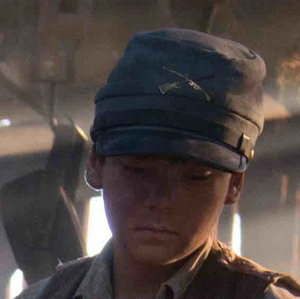 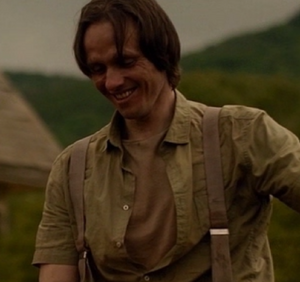