Superman IV: The Quest for Peace

Nuclear Man is the secondary antagonist of the critically-panned film Superman IV: The Quest for Peace. Deleted scenes from the film reveal that there were originally two different Nuclear Men.

They were portrayed by Clive Mantle (1st) and Mark Pillow (2nd). Second Nuclear Man was voiced by Gene Hackman, who also portrayed Lex Luthor in the original Superman film, Little Bill Daggett in Unforgiven, and General Mandible in Antz.

The first Nuclear Man, created by Lex Luthor in the laboratory, looked almost like Bizarro in his appearance. This incarnation terrorized Metropolis at night, attacking a Night Club and inflicting casualties (such as frying a woman when she took a liking to him).

However, this Nuclear Man was rather weak and was easily destroyed by Superman when the Man of Steel kicked the supervillain into a power transformer after a brief duel using cars, garbage cans, and other street objects. After collecting remains of the deceased first Nuclear Man with the help of his nephew Lenny, Lex decided he needs much more energy in order to create the stronger entity. Sneaking the remains on board the Nuclear Missile horde Superman tossed into the sun, a second and more powerful Nuclear Man was born.

Nuclear Man was created by Lex Luthor from a strand of hair containing Superman's DNA, made into a "genetic stew" which was birthed into a living being when Superman threw the nuclear missile containing the device that had the "stew" into the sun. He had about the same powers as Superman, and had nuclear radiated claws which can poison a man. If he's not in sunlight, he will become powerless. In Superman's first encounter with Nuclear Man, he caused a number of disasters to distract Superman, such as causing a destructive tornado in Kansas, blowing out parts of the Great Wall of China, causing a volcanic eruption in Italy, trying to detonate a nuclear missile in the heart of Moscow, and dropping the Statue of Liberty into the heart of a city and pierced the Kryptonian's skin when he tried to save the Statue of Liberty, causing him to lose his powers and his health. As he continued to be Lex's pawn, he fell in love with Lacy Warfield. After Superman restores himself with the use of the energy module from his star ship, he had a rematch with Nuclear Man. Their fight brought them to the moon where Nuclear Man buries the Man of Steel in the moon, and kidnaps Lacy. Superman then stopped Nuclear Man for good by causing a sudden solar eclipse when he moved the moon in front of the sun, then dropped him into the heart of a nuclear reactor where he would become an abundant source of energy.

Nuclear Man (2nd) is extremely powerful: he is completely incapable of exhaustion, for one. He possesses superhuman strength that rivals Superman, as well as incredible speed, reflexes and durability. He is capable of rendering himself immune to Earth's gravity, and can also survive in the vacuum of space flawlessly. In a fight, Nuclear Man is extremely dangerous, being the only person in the Superman films up until Man of Steel to truly outmatch Superman in combat, and very nearly kill him. Nuclear Man's main ability are his intensely potent talons that can inflict a fatally poisonous injury upon whomever they come into contact with.

In Teen Titans Go Nuclear Man makes a small cameo in the episode "Justice League's Next Top Talent Idol Star" where he is seen as a contestant for the Show.

Nuclear Man was an enemy of Superman, who had been trapped in the Phantom Zone. When Rogol Zaar arrived in the Zone, the two fought each other, but then Zaar killed Nuclear Man really quickly by crushing his head. 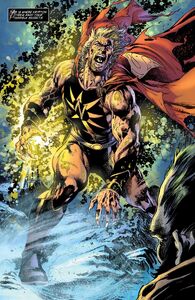 The Nuclear Man in the comics. 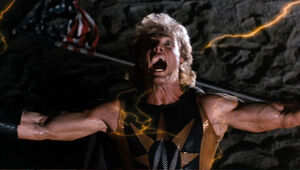 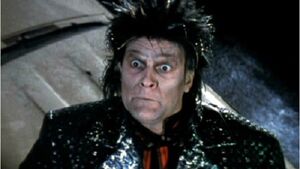 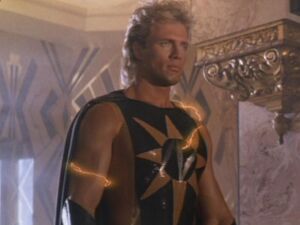 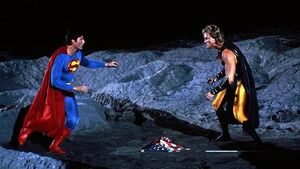 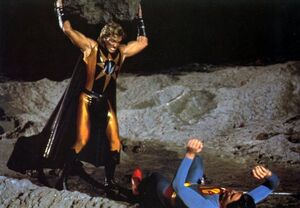 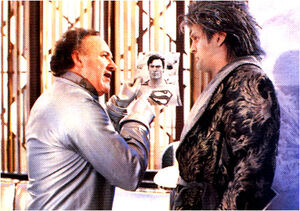 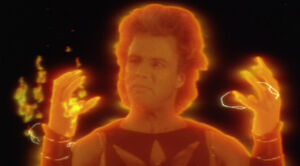 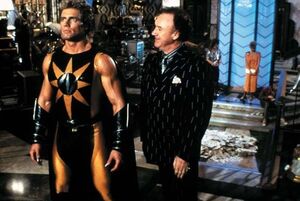 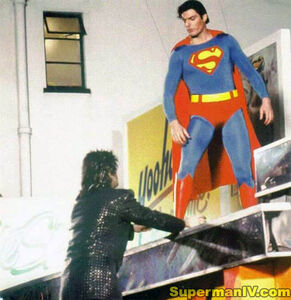 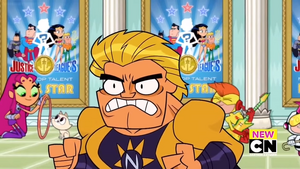 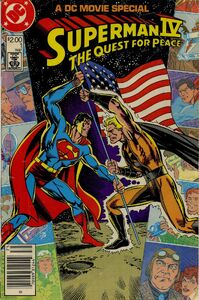 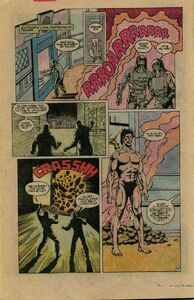 Nuclear Man's Birth as depicted in the comic adaptation 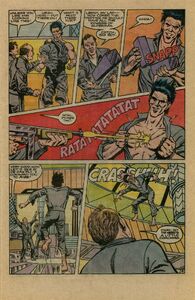 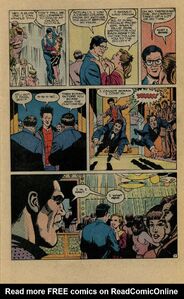 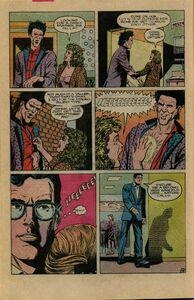 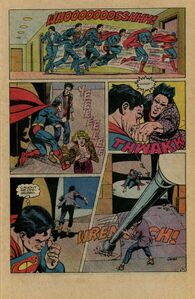 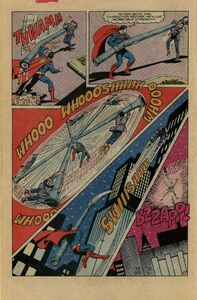