Gain rights for Omnics through force and genocide (Ongoing).

Null Sector is a major antagonistic group in the 2016 game Overwatch and it's upcoming sequel Overwatch 2. They are an Omnic Extremist group who seek to gain rights for omnics through force and genocide. They are also one of the Omnic groups responsible for causing the Second Omnic Crisis the only other known group is the Gwi-Shin.

Null Sector was founded by a currently unnamed omnic who was angered by the way omnics were being treated throughout the world.His first recorded location that he set his sights on was King's Row London where a new home for the omnics was being built to improve the relations. However Null Sector's leader sent his forces to attack Kings Row killing any hostile humans and even omnics that attempted to help humans. Within the hour Null Sector had taken over King's Row taking many citizens and omnics including Tekhartha Mondatta and the mayor of King's Row prisoner as they began to overload the power station and to prevent any attempt to attack the city by air, constructed 3 anti-air turrets, however before King's Row could be destroyed, Overwatch Strike Commander Jack Morrison, against the orders of the British Government sent a small team of agents consisting of Lieutenant Reinhardt Wilhelm, the leader of the group, Combat Medic Angela Ziegler, Chief Engineer Torbjorn Lindholm, and Cadet Lena Oxton were able to infiltrate Kings Row through the subway system and retook the city from Null Sector. After their defeat during the King's Row Uprising Null Sector went off-radar and are implied to have done a series of smaller attacks. Soon Null Sector's leader was contacted by Doomfist who said that his noble attempts to fight for his kind were doomed to fail, but with Talon's help that could change causing him to forge and alliance between Null Sector and Talon. Years after the destruction of Overwatch, Null Sector now stronger than before launched a global invasion effectively beginning a new Omnic Crisis. However one of their attacks on the city of Paris France saw resistance from Overwatch members Winston, Tracer (Lena Oxton), and Mei-Ling Zhou, however the tides turned in Null Sector's favor when the 3 were engaged by a Titan, However this upper hand was quickly lost when the 3 were joined by Genji Shimada, Reinhardt Wilhelm, Brigitte Lindholm, Echo, and Mercy (Angela Ziegler) in which Null Sectors forces were defeated and Overwatch was reassembled. 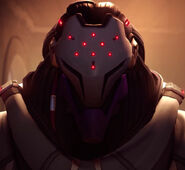 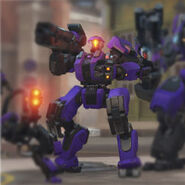 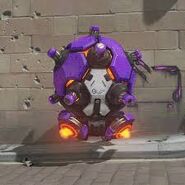 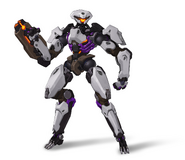 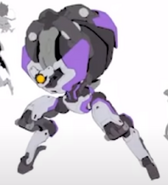 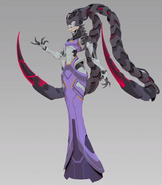 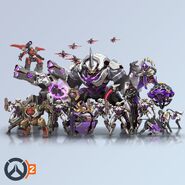