Evil Clone
Evil Creation/Creator
Gaylord "Nurf" Nurfington 2 is a one-time villain from the Rooster Teeth animated web series, Camp Camp, only appearing in the episode "Attack of the Nurfs". He is a copy of Nurf Nurfington, made using a 3D printer.

Like his clonefather, he is voiced by Blaine Gibson.

In "Attack of the Nurfs", the campers of Camp Campbell all started using 3D printers to create things. Nurf used his 3D printer to make a clone of himself, which he named "Nurf 2". Nurf thought that the only way for him to truly understand himself was to clone himself and talk to himself as though he was another person. Nerris called this "necromancy" for some reason and the two Nurfs punched her in the face, sending her flying and telling her, "SHUT UP, NERD!" After this, the two Nurfs did a secret handshake and went down to Lake Lilac to shave their names into the fur of a defenseless animal.

At Lake Lilac, the two Nurfs talked to each other about Nurf's problems. Nurf came to realize that nobody really knew him for who he really was. Nurf 2 complimented Nurf for his sardonic wit. Just then, a third Nurf came into the picture. Nurf 2 explained that he needed to talk to someone about his own psychological issues, so he created Nurf 3. The three Nurfs became really good friends and started hanging out together, playing frisbee, dancing, telling funny stories, pulling pranks on Quartermaster, and getting belly button rings.

At the end of the day, Nurf realized that he had gone the whole day without bullying anyone (except of course, for Nerris and Quartermaster) and it was all thanks to his new friends. Nurf announced that he was going to give up bullying forever and thanked his clones for understanding him, saying that he wished the world was just Nurfs.

The following morning, Nurf 2 had created hundreds of clones of himself, to the point, where he created an entire army of Nurfs. However, with every clone, each one became dumber than the last. All of the Nurfs were bullies and they attacked Space Kid by dunking him in the toilet, shoved Preston in the locker, and gave Nerris a ton of abuse.

After getting flicked in the nose by a Nurf, Gwen got mad and decided it was time to put an end to all the Nurf clones. She called on the real Nurf but all of the Nurfs claimed that they were the real Nurf. Gwen said that she was sick of the trope, where tons of clones would claim to be the real person, deeming the trope cliche and overplayed. One of the Nurf clones said that he didn't think it was played out at all and every Nurf followed suit with playing the trope straight, much to the exasperation of Gwen.

Nurf 2 made a speech to the other Nurf clones, saying that for too long, he and the Nurfs have had to share the camp with freaks, spazoids, and turdsacks. He said it was time to start an uprising and get rid of all the losers until Camp Campbell was all solely Nurfs. The original Nurf saw this and he went to warn the other campers about it so they all made a plan to put an end to it. The plan was for Nurf to bully all the other Nurfs, while Neil used his black hole machine to suck all the other Nurfs in and destroy them.

Nurf insulted all of his clones in a way that he, personally would have hated. After Nurf really let them have it, Neil activated the black hole portal and sucked all the other Nurfs in, killing them. However, the original Nurf started to get sucked in too so the other campers made a chain to hold on to him. Just then, Cameron Campbell deactivated the black hole by redirecting the electrical circuit to a blender, so he could make a smoothie, saving the original Nurf just in time. All of the other Nurfs were completely dead, except for Nurf 2, who was now partially destroyed, having lost his bottom half, making him completely harmless. 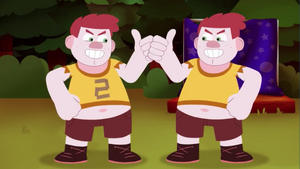 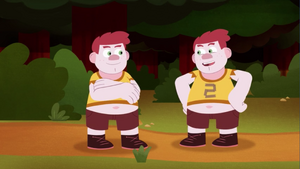 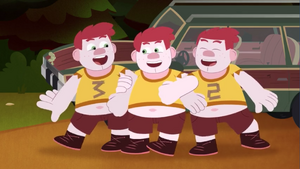 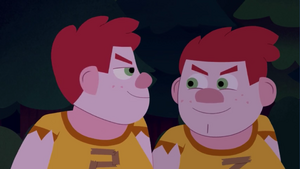 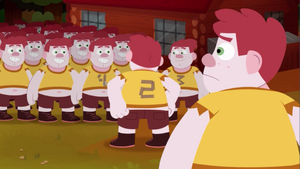 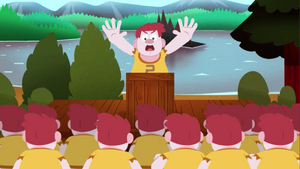 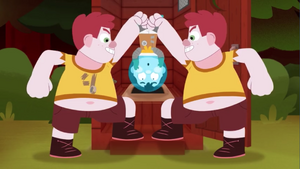 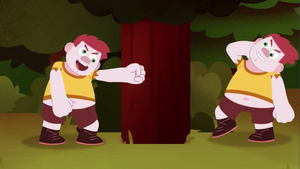 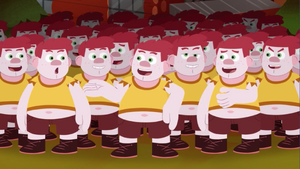 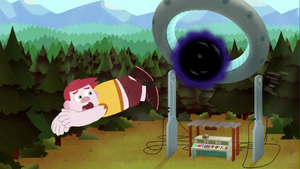 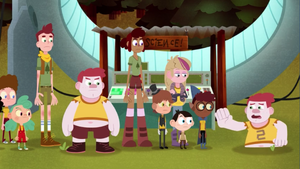