The Riddler (founder and owner)

Crack all of Gotham City by brainwashing its citizens via their 3-D Boxes.

Serve the Riddler's sinister plans by selling every Remote Encephalogram Stimulator Box to every city in the world (both failed).
Discover Batman's true identity (succeeded).

NygmaTech, also known as NygmaTech Corporation, is a high-tech company based in Gotham City that was founded and controlled by Edward Nygma (also known as the Riddler) and an antagonistic faction in Batman Forever.

This corporation was established by scientist Edward Nygma after he resigned from his former workplace, Wayne Enterprises, as a result of its CEO Bruce Wayne rejecting his ideas (and later causes the death of his former employer Fred Stickley who works for Bruce Wayne). Nygma made an alliance with the crime lord Two-Face to help him steal enough money to finance the building of NygmaTech in return for revealing to him the secret identity of Batman and a share of the intelligence that the invention can utilize to make the recipient intelligent.

After stealing millions of dollars with Two-Face, NygmaTech's headquarters was built on Claw Island and the production of the company's chief invention "The Box" began. Its stocks soared and outsold Wayne Enterprises two to one. As such, Nygma and Two-Face gain enough intelligence to deduce Batman's true identity.

After the successful promotion of NygmaTech and their 3-D Box products, the company then hosted a grand party celebrating their founding president Edward Nygma's achievement within the grand ballroom at the roof of the Ritz Gotham Hotel. It is where they also present and condone Nygma's newest 3-D holographic fantasy projection.

Sugar (one of Two-Face's symbolic and loyal love interests alongside Spice) came alone as a date for the Riddler (who was under his real identity of Edward Nygma) at the Ritz Gotham Hotel to help him show his new improved box to Gotham. She goes with Edward to help him show the qualities of his new Box that gives fully holographic fantasies. After urging Bruce to try the machine himself, Edward dances with Bruce's date Dr. Chase Meridian.

Bruce goes up to inspect the machine. Sugar shows Bruce Wayne Nygma's invention. Sugar takes the opportunity to follow him, and asks him if he is looking for something. He covers up his panic by telling her that he was just wondering how it could be turned off. She shows him by removing a green tube-like memory stick from the control panel. But while Bruce goes in, she secretly puts another one in (which was what Edward had planned all along) to read Bruce's mind, to absorb all his thoughts and dreams. Meanwhile, Two-Face, Spice and his thugs later broke in and started robbing the guests in his impatient attempt to lure out the Dark Knight, only to be stopped by Batman himself.

The Riddler alters the Bat-Signal by projecting a green question mark into the sky with the original bat symbol forming the dot at the base via NygmaTech's newest laser technology after the recent nightly attack on Wayne Manor and the capture of Dr. Chase Meridian. After agreeing on a partnership with Robin, Batman flew this Batwing to Claw Island to end Two-Face and The Riddler's reign of terror.

On the way, Batman drove through the altered Batsignal which changed back to its normal state and gave a "thumbs up" to the ecstatic Commissioner Gordon and the Gotham City Police Department from the cockpit of the plane as he based through it. Upon approach of the island, the Riddler fired a high-powered laser at the Batwing from his Master Box, causing it to crash into Gotham Harbor. Batman ejected its wings, and proceeded to pilot the Batwing in its Batsub mode. When he found Robin being attacked by the Riddler's Frogmen, Batman ejected himself through the front of the Batsub to fight them.

The fate of NygmaTech is unknown after Claw Island was destroyed during Batman and Robin's assault, as well as Two-Face's death and the Riddler's resulting insanity after the master "Box" was destroyed (it is probable that NygmaTech was destroyed as well). All the 3-D Boxes were all suddenly shut down permanently, leaving him drained of all the stolen neural energy from the people of Gotham City and now committed as an inmate in Arkham Asylum. 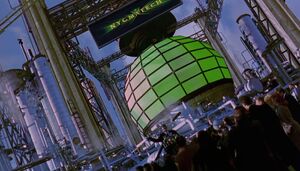 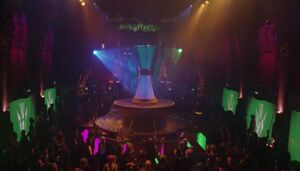 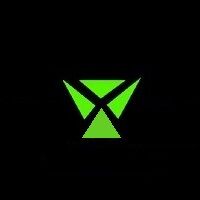 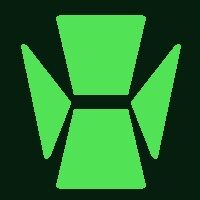 Retrieved from "https://villains.fandom.com/wiki/NygmaTech?oldid=4088283"
Community content is available under CC-BY-SA unless otherwise noted.