Member of the League of Shadows (presumably)

Destroy Gotham City to purge its criminal element in order to honor her father's legacy.

Exact vengeance on Bruce Wayne and Barbara Kean for killing her father.
Eliminate anyone with evidence against her (all failed).

Nyssa al Ghul, also known by her alias Theresa Walker, is a major antagonist in the FOX TV series Gotham, serving as one of the three main antagonists in the fifth and final season (alongside the Penguin and Jeremiah Valeska).

She is a rogue government agent who brainwashed Edward Nygma into massacring the Haven and sends Eduardo Dorrance to enact her own mysterious agenda for the city. As it turns out, she is the daughter of Ra's al Ghul and wants to seek vengeance for her murdered father against Bruce Wayne and Barbara Kean.

She was portrayed by Jaime Murray, who also played Carmilla Pines in Sleepy Hollow, Lila West in DEXTER, and the Black Fairy in Once Upon a Time.

Nyssa is the daughter of Ra's al Ghul and has come to Gotham to take vengeance for her father's death. Years before the destruction of Gotham's bridges, she rescued Eduardo Dorrance, an army officer from the prison Peña Dura and apparently gave him a new purpose.

When Wayne Enterprises sends a chopper to the city with supplies, Theresa uses Edward to shoot the chopper down with a rocket launcher. Later, she responds to Jim Gordon’s message, saying that she has help on its way to him. After Gordon had a Haven built for hundreds of innocent Gotham civilians, Walker's superiors started believing that the city's criminal underworld was not that bad. Therefore, to try and change their opinions, she has Nygma fire an RPG at the Haven, blowing it up and killing 311 people inside and injuring 49.

Sometime after, Nyssa brings Eduardo to Hugo Strange's lab, she reassures him by telling him that'd she keep the promise that she made in Peña Duro and give him a true purpose as well as the strength to see it through. As Hugo Strange is injecting a chemical into Eduardo, Nyssa tells him that he will be the "bane" of criminal elements and anyone who opposes their actions. Later, she orders Eduardo, now known as Bane, and his Delta Force to capture Jim Gordon and Bruce Wayne in order to bring them back to her, during the reunification deal. Once they were both captured and brought to an old mansion, Jim mentions that he knows that the name "Theresa Walker" is just a cover-up but doesn't know her true name which she claims that Bruce Wayne will help them figure it out. Nyssa claims that she's punishing Gotham for the sins of Bruce Wayne before giving Bane the heads up to torture Jim until Bruce is able to figure out who Nyssa is doing all her actions for. This continues until Bruce says Ra's Al Ghul's name and eventually figures out that "Theresa Walker" is actually his daughter, "Nyssa Al Ghul" before she states that revenge is just the beginning of what she wants. Since Nyssa knows that Barbara Kean had helped with the murder of her father, she orders Bane to capture her from the clinic, despite Barbara being pregnant. After Jim threatens to destroy everything Nyssa had, she tells him that she has nothing left except for her father's mission before telling Jim that Eduardo wants him to join their mission, however, he rejects the offer. Nyssa continues to taunt Bruce and when Bruce asks what Nyssa wants from him, she tells him that there's a military order known as "Special Order 386" and that when an event occurs causing Gotham to be permanently lost, a contingency plan was created to reduce the city to rubble, however, Bruce tries to stop her by telling her that there are still innocent people left in Gotham. Though, Nyssa doesn't seem to care for innocent lives since she states she only wants Bruce Wayne to suffer before he dies before walking away. After Bruce escapes and finds Jim Gordon and General Wade, he tells him that Alfred and the GCPD are on their way to the clinic that Barbara is at and that he doesn't know where Nyssa had gone. The three of them try to stop Nyssa from using the military to wipe out Gotham before she mind-controls General Wade and Harvey find them, telling Jim that Barbara Kean, Lee Thompkins and her baby are safe. Using General Wade, she activates "Special Order 386" before Bruce, Harvey and Jim are taken away. When Lee and Barbara arrive at the Sirens nightclub, they find out that the employees of the bar have all been killed before Nyssa appears and knocks out Lee. She introduces herself to Barbara, telling her that she knew his father, frightening Barbara. When Bruce, Harvey and Jim escape General Wade's soldiers, they find out that Nyssa managed to intiate "Special Order 386" as they watch helicopters fly into Gotham and drop explosive bombs on the buildings in the city.

While Gotham was under attack, Nyssa captured both Barbara and her baby daughter, bringing them both to City Hall. She begins to examine a knife as she sits next to Barbara's daughter and asks Barbara if she recognizes the knife which was used to kill Ra's al Ghul, however, Barbara threatens to make Nyssa meet the same fate as her father if she touches the baby. Nyssa responds by telling her that that it's cruel to let the baby get attached to Barbara when she won't around for much longer. Nyssa continues to taunt Barbara by telling her that her and Bruce Wayne will watch Jim Gordon's greenzone and the rest of Gotham be destroyed before she allows them die. Nyssa claimed that her father got his reputation by destroying empires and that it's now her turn to do the same. Then, Barbara told Nyssa that there was a submarine in the docks that is filled with gold for her and that all she had to do was leave the city and let Barbara and her baby go. However, Nyssa vowed to take Barbara and Jim's daughter and raise her to be an "al Ghul." Nyssa asks a mind-controlled General Wade if the army has landed and orders him to make them proceed with her plan. As a result, she managed to have Bane command the military and follow her orders. When Jim Gordon manages to get into City Hall and rescue Barbara, however, when they plan to save their baby, they are faced with Nyssa and more soldiers that force them to surrender. Nyssa taunts Gordon by telling him that he's finally seeing his baby and she wish she had a camera. When Gordon asks for the baby back, she says that she won't and that they should put down their guns or the baby will be hurt in the crossfire. Nyssa continues to taunt them by telling the two that the army is making their way to the greenzone while Bane hunts down Bruce Wayne. Nyssa claims that it's over and that her plan to burn Gotham will succeed and tells Barbara that she will be dealt with once Gotham is destroyed, forcing her to watch her hand-to-hand battle with Jim Gordon.

As Nyssa manages to get the upper hand and send Gordon onto the ground, she was getting reports that the Wayne Enterprises tower was destroyed in order to seperate Bane and the US military from Bruce and Selina. She asks if there's another way around the tower but ultimately orders them to blast through the tower. While Nyssa contacted the army, Gordon grabbed handcuffs off of the ground and hides them with him. After Nyssa is off the phone, Gordon tells her that their fight hasn't concluded and Nyssa replies by telling him that that the greenzone's destruction is only delayed and will still happen. When Nyssa is about to kill Jim Gordon, he handcuffs her to him and disarms her, continuing to fight her while Barbara kills the remaining soldiers in City Hall. Nyssa claims that others have tried to defeat her but failed and that Gordon won't succeed, managing to fight both Gordon and Barbara off alone. She claims that she has her father's blood and his training but Gordon asks if she ever stops talking before she finds herself stabbed by Barbara just as she and Bruce stabbed her father over a year ago and Barbara gloats to Nyssa on how they both like to be stabbed by the same weapon. As a result, she had General Wade kill himself so he would not repeal Special Order 386 before she escapes City Hall and locks the two in there, telling them that she'll enjoy watching Gotham's destruction and that her legacy will soon be completed.

After Bane's defeat, a wounded Nyssa is surprised that Barbara was telling the truth about the submarine and eventually retreats to the docks to take Penguin and Riddler's submarine filled with Penguin's loot and his dog, Edward, leaving Gotham for parts unknown after her plan to destroy Gotham and get revenge for her father failed. Her current whereabouts are unknown. 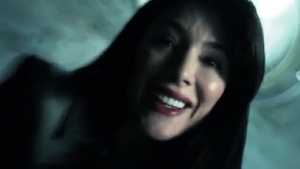 Nyssa featured in the "13 Stitches" promo. 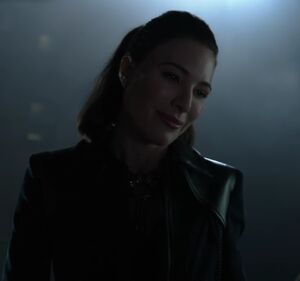 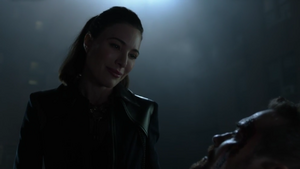 Nyssa finds a wounded Eduardo, saving him and telling him that there's still so much for him to do in their mission. 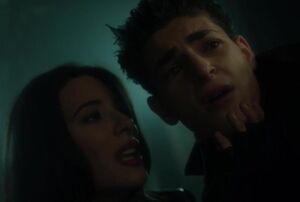 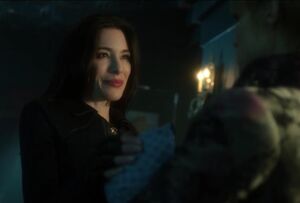 After killing the female employees of the bar and knocking out Lee Thompkins, Nyssa finally finds Barbara Kean. 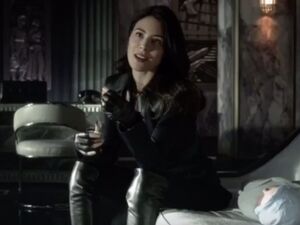 Nyssa sits next to Barbara's daughter and begins to taunt a captured Barbara in City Hall. 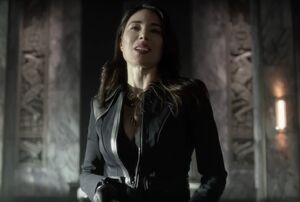