Do business with Wei Cheng

Kill Trevor Philips to avenge their fallen brothers (both failed).

The O'Neil Brothers are minor antagonist gang in the Grand Theft Auto V. They are a gang of brothers of redneck drug dealers. They are the formerly affiliated, currently the rivals of Trevor Philips Enterprises.

This enrages Trevor, so he heads to the O'Neil Brothers ranch to destroy their meth lab and kill off the competition. Trevor succeeds at destroying the meth lab and killing most of the O'Neil brothers (the leader Elwood, along with Walton and Wynn drove off prior to speak to the Chinese partners). After some time they wanted revenge for the loss of his business and Elwood O'Neil, Walton and Wynn attempted to murder Trevor in Floyd's condo but Wade told them that Trevor was at Sandy Shores. Elwood, Walton and Wynn headed to Trevor's trailer. Unbeknownst to the trio, Franklin Clinton and his dog Chop were following them. Elwood's car crashes while trying to avoid an elk on the road, and the three rednecks hide in the forest. Meanwhile Trevor and Michael De Santa, head towards the forest with Trevor's stolen FIB helicopter, Michael snipes Walton and Wynn, and then Franklin or Michael can kill Elwood. After the attack, the O'Neils are no more and they get disbanded because there isn't any active members left.

The O'Neil Brothers doing a meeting. 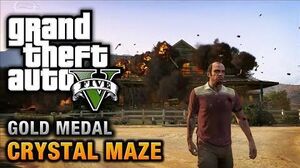