Produce anything that customer wants.

Kill RoboCop.
Take over and completely destroy Detroit, so they can create Delta City.

The Omni Consumer Products (OCP) is an evil megacorporation from the RoboCop series. This corporatocratic company produces products for every consumer need, ranging from daily necessities to even military weapons, acting in every line of industry and society. OCP has divisions for even markets deemed as unprofitable, such as hospitals and prisons. OCP not only manufactures products, but also offers services such as private security.

OCP, throughout its depictions in the RoboCop films, has sought to fully privatize a dystopian Detroit, Michigan, into "Delta City", a manufactured municipality governed by a corporatocracy, with fully privatized services — such as police — and with residents exercising their representative citizenship through the purchase of shares of OCP stock. They also serve as part of the military–industrial complex; according to OCP executive Richard "Dick" Jones, "We practically are the military." Jones observes in RoboCop that OCP has "gambled in markets traditionally regarded as non-profit: hospitals, prisons, space exploration. I say good business is where you find it.".

Their corporate headquarters is located in Detroit, Michigan. OCP controls the privatized police forces in Detroit, where they successfully created the RoboCop, to help control the large crime spree in the city. However, what OCP really wants is to overthrow the current government in Detroit, which they consider to be corrupt, and assume total control over the city. After this, they plan to demolish the entire city so as to construct Delta City in it's place, their ideal city with fully privatized services; in fact, OCP would control every single aspect of the city.

After RoboCop failed to arrest Dick Jones due to his Directive 4, he escapes ED-209 into the OCP parking complex. But he was confronted by Lt. Hedgecock who has betrayed Detroit Police, taken control of the SWAT to follow Dick Jones' orders to destroy him. Before they open fire RoboCop's comrades Kaplan, Jerry, Ramirez, Manson and Starkweather protest and tried to stop him, but Lt. Hedgecock tells them that they have orders to destroy him causing them to walk off in disgust. Lt. Hedgecock ignores them and orders his team to open fire at Robocop who then escapes into Parking level 3. Anne Lewis, Robocop's partner arrives having alerted by Kaplan and the others to Lt. Hedgecock's treachery, helps him board on her police car. Lt. Hedgecock sees her having defied her orders to destroy her partner, orders his team to open fire at her causing Lewis to realizes that Lt. Hedgecock is a traitor and immediately flees the scene.

After Clarence Boddicker's death Robocop returns to the OCP to confront Dick Jones again, destroying the ED-209 guarding the building with a Cobra assault cannon. RoboCop shows the Old man Dick Jones' treachery and Bob Morton's death prompting Dick Jones to take the Old Man hostage. But the Old Man fires Dick Jones allowing RoboCop to kill him. Dick Jones then fells out of the window to his death and his orders on the Detroit Police to destroy him is put to an end. The Old man thanks Robocop and asks what his name to which RoboCop replies "Murphy.".

After Robocop's success, OCP's executives plan on forcing Detroit's residents to default on their debts, therefore allowing them to repossess their homes, foreclose on government property, demolish it all and build Delta City.

OCP uses their influence to ignite more street crime, as well as deploying a dangerous drug named "Nuke". They cut police pensions and decease salaries, causing a police strike. Due to Robocop's directives, which make him unable to fight back against the company, the Old Man announces the development of a second Robocop, intended to replace all police officers (it is unknown what OCP would do to the original police officers; either arrest or kill them). However, OCP's power over the police department falters as all the police officers who were resurrected to create Robocop 2 commit suicide. The Old Man hires Dr. Juliette Faxx, a therapeutical psychologist, who states that RoboCop's duty and moral code to his Irish Catholicism is why he is able to adapt to his RoboCop personality. After convincing the Old Man to let her handle the project, she decides to resurrect a criminal who intends to be immortal, despite Donald Johnson's (an OCP board member) objections.

Eventually, Faxx engineers Cain, a drug lord who created Nuke, to become the new RoboCop. However, due to his violent propensity, this eventually leads to disaster. As Delta City is about to be built, the Old Man releases Nuke, and Robocop 2 goes on a crime spree, and attacks several crowd members. However, he is stopped by Robocop, and the OCP board puts all the blame of Faxx in response to avoid taking responsibility.

After Robocop 2's destruction, OCP is slowly falling destitute, with their revenue dropping, their shareholders dumping their stock, and the company's struggles to build Delta City. It is also revealed that both Faxx and the Old Man have been imprisoned.

The company creates the Urban Rehabilitators (who they call "Rehabs"), and hire Paul McDaggett to lead their forces, subsequently regaining enough control over the city, ostensibly to fight Detroit's crime rate. However, they have only been formed to relocate the citizens of Cadillac Heights. However, violent crime grows, and the police force (still under OCP's control) is overpowered by Rehabs. Eventually, OCP is acquired by the Kanemitsu Corporation, a technology zaibatsu, and places a new president in charge. The new CEO approves of the Old Man's dream of building Delta City. OCP, with the assistance of Kanemitsu's own CEO, Kanemitsu, manufactures the Otomo androids to assist with the Rehabs.

The police officers (including Robocop) eventually defect from their jobs and join the Cadillac Heights Resistance. One of the resistance members, Nikko Halloran, infiltrates the OCP's headquarters, and broadcasts a message with the help of Dr. Marie Lazarus revealing OCP's crimes against the citizens of Detroit, as well as revealing that OCP's officers are responsible for removing and murdering the residents of Cadillac Heights. After everyone sees the video, OCP is put under severe investigation, causing a massive plunge in stock. This causes OCP to sell off its assets, and file for bankruptcy, finally ending their reign over Detroit for good.

By the time of RoboCop: Prime Directives, OCP is shown being manipulated by a brash young executive who, through murder and reallocation of resources, ascends to power to automate Delta City under a new artificial intelligence. This is manipulated by a cyberterrorist, who seeks the destruction of the human race through a virus that can be introduced to computers and human beings alike. This was an alternate reality OCP from Robocop 1987 movie. A few years after Robobcop 1 and had nothing down with the other sequels. 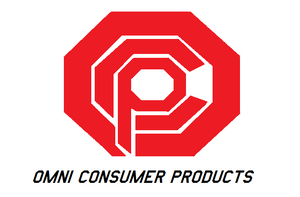 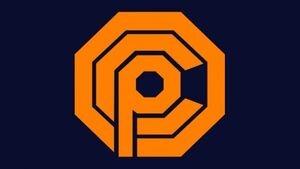 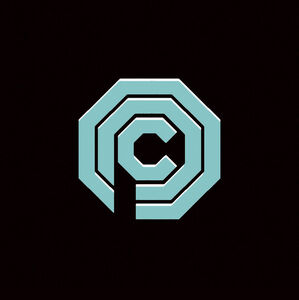 Retrieved from "https://villains.fandom.com/wiki/OCP?oldid=4047506"
Community content is available under CC-BY-SA unless otherwise noted.