The Obamas are the secondary group of antagonists of the fifth season of popular HBO series, True Blood. Obamas are an anti-supernatural group in Bon Temps, Louisiana who wear President Barrack Obama masks to conceal their identity when they strike and hurt their victims. They're led by shrieff Bud Deerborne and Sweetie Des Arts.

They are bigoted, unhinged, proundely ignorant, and crude thugs who wish to kill any supernatural being in Bon Temps. They continually antagonize the supernatural beings in Bon Temps and this will lead to their downfall. Out of the bunch, they hate vampires and werewolves the most and constantly hunt and murder them indiscriminately.

The Obamas attack the shape-shifters in "We'll Meet Again" and successfully murder Suzanne McKirttick and Emory Broome. Later, in "Hopeless", they attack Sam Merlotte in Luna Garza's house. They shoot at both of them and later at Luna's daughter, chasing her away. The attack reveals Junior as a member of the Obamas and later is killed by Sam during questioning when he attacks him.

They then attack a vampire that was feeding on Hoyt Forternberry outside Fantgasia and after saving him pull them into their van. The group attempts to induct Hoyt, revealing their identities and their hatred of supernaturals. Hoyt is sympathetic because of his failed relationship with Jessica Hamby. He accompanies them on their next mission. They return to the hospital to make another attempt on Luna's life. Joe Bob is exposed and arrested and the others flee.

The group abducts Jessica from Fangtasia. Reggie lures her outside by posing as a fangbanger They take her to their compound and challenge Hoyt to kill her. He cannot bring himself to do so and frees her instead. She kills Reggie and Hoyt leaves the compound.

Hoyt is picked up by Bud Deerborne and is taken to Bud's pig farm drugged with Oxycontin for his disloyalty. The group also capture Sookie Stackhouse when she comes to talk to Bud about her past.

Shrieff Bellfluer realizes that Bud is the connection between the Obama members he has exposed. The police raid Bud's pig farm as he is about to have Ray and Tyrese feed Hoyt to the pigs. Bud is shot and killed, and Ray, Tyrese and Sweetie De Arts are arrested. 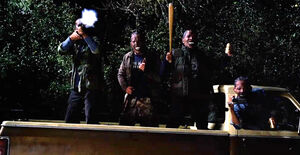 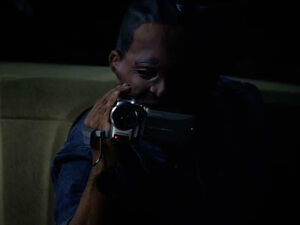 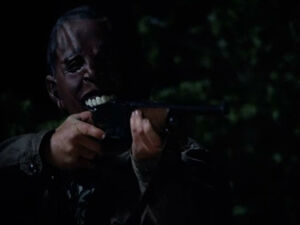 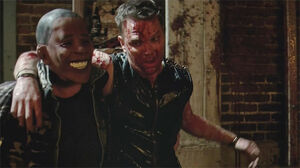 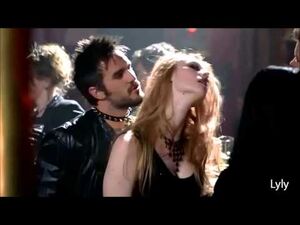 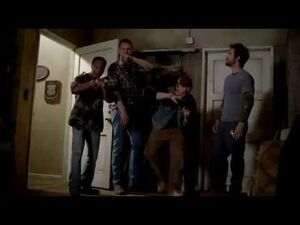 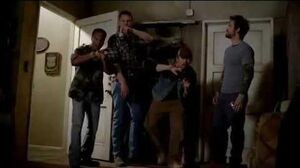 True Blood 5x08 - Hoyt's friends captured Jessica for Hoyt to kill her-0
Add a photo to this gallery
Retrieved from "https://villains.fandom.com/wiki/Obamas?oldid=3335633"
Community content is available under CC-BY-SA unless otherwise noted.