Help the Precursors in their plans.
Destroy Gipsy Avenger (both failed).

Obsidian Fury is the secondary antagonist in the 2018 blockbuster Pacific Rim: Uprising. It is a corrupted Jaeger-Kaiju hybrid, created by Shao Industries who was infected by an intelligent Kaiju.

The blueprint of the Jaeger Drones, Obsidian Fury is the very first drone created by Newton Geiszler, under the influence of the Precursors. Obsidian Fury was used by Newton as the standard model to mass produce other drones with the approval of Liwen Shao, who pioneered the technology as an alternative to pilot-controlled Jaegers.

During a Pan Pacific Defense Corps council meeting that would decide whether or not Liwen Shao's drone program would be approved, Obsidian Fury emerges from the Sydney harbor, and proceeds to attack the city. The drone is intercepted by Gipsy Avenger, piloted by Nate and Jake, with the two engaging in a furious battle that wrecks a fair amount of the city. A helicopter carrying Mako is struck by debris during their fight and Gipsy Avenger fails to save Mako, who is killed in the chopper crash when the vehicle explodes. Obsidian Fury retreats from Sydney before it can be captured when it detects incoming Jaegers.

Obsidian Fury was one of several Jaeger drones with technology pioneered by Shao Industries and designed by Newton Geiszler. Little did Liwen Shao know that Newton, under control of the Precursors, had grafted secondary brain of a Kaiju and some cloned Kaiju tissues into its electronics, allowing him and Precursors to control it with their hivemind. In contrast of Kaiju-Jaeger hybrids after it, kaiju tissues of Obsidian Fury only took over enough vital systems of the Jaeger inside it and behave in robotic and silent manner, causing its true nature to remain concealed most of the time.

Obsidian Fury was built with shielding made of Obsidian Chrome. It was additionally armed with weaponry such as the AKM Salvo-Launchers, located on its shoulders, and twin chainsaws infused with plasma. Additionally, Obsidian Fury is armed with signal jammers located on its back, capable of disrupting basic transmissions and communications. Other weaponry includes arm-mounted guns, spikes along its lower arms, a particle charger on its chest, and clawed fingers. 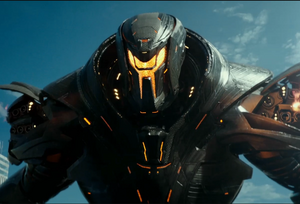 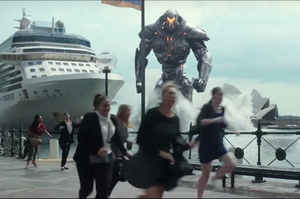 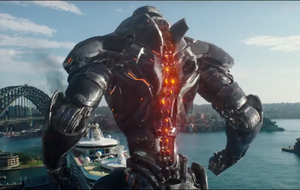 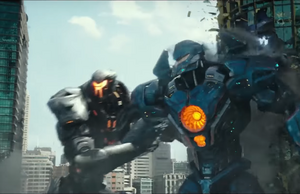 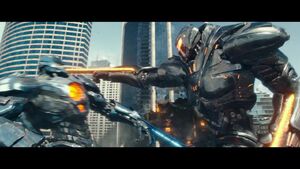 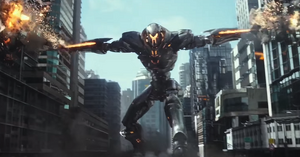 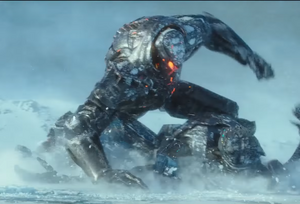 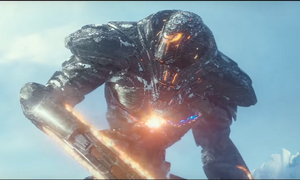 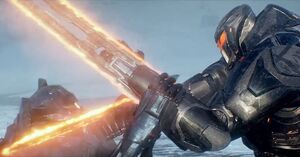 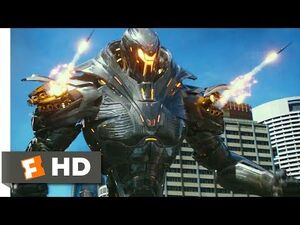 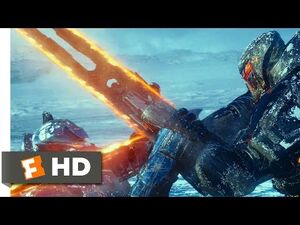