Eat everything in its path and survive.

Octalus is the main antagonist in the 1998 horror film Deep Rising. It is a huge sea creature of unknown origin which eats nearly every passenger and crew member on the luxury cruise ship Argonautica, on which the film mostly takes place.

Its vocal sound effects were provided by Malcolm Fife.

Octalus could be hundreds of years old, as the group find multiple sunken ships on the ground of the ocean at the beginning of the movie which are all from different centuries of mankind.

The monster senses another boat on the surface of the sea and attacks it, destroying the vessel and leaves the dead in the water. A small group of heavily armed mercenaries who want to rob the Argonautica and sink it afterwards with torpedoes find the ship and climb into it, just to find out that nobody is on it. They team up with some survivors of the monster attack which includes the captain of the ship and a thief.

The monster kills them off one by one and finally meets its end in an explosion caused by the ship of the mercenaries getting rammed into the luxury cruise ship. Despite its death, Octalus may have not been the only one of its kind, as a loud roar (possibly from another Octalus) is heard by the surviving characters when they arrived on a nearby volcanic island.

Octalus' body consists of many long, slimy tentacles with mouths on the end of them and a body with a big mouth and two big eyes. The tentacles can also close their mouths and are arguably one of the most fascinating parts of the dangerous sea monster. It is unknown if the tentacles act of their own to serve the main body, or if Octalus has full control of them. The tentacles seem to know where their prey hides, and they are extremely agile, which leads to the conclusion that they have some sort of sensory organs like small eyes with which they can see. The creature itself seems pretty smart and penetrative because it forces its prey to move to a place where it can easily get them, as seen in the movie where it herds the protagonists on the bow of the ship, which is fulfilled with remains of the crew and passengers. It is noted in the movie that the sea monster seems to suck out the body fluids of its victims, but does not really eat them. The gargantuan beast seems to puke the rest of its victims out, which would explain the tons of corpses in the bow of the ship. The dangerous creature also seems to be able to breathe underwater and on land, which does not really make sense since it seems to lurk at the bottom of the ocean, where it does not need to have that ability. 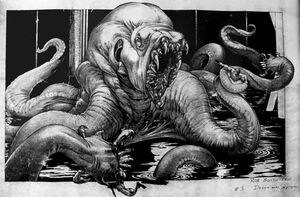 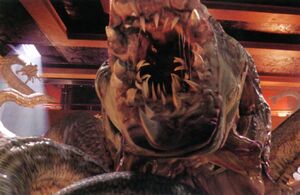 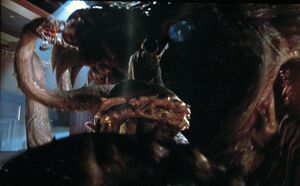 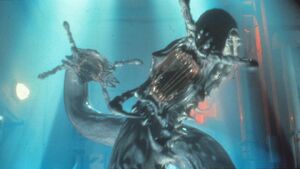 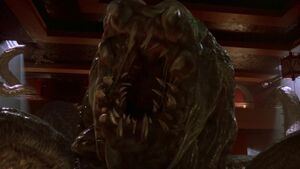 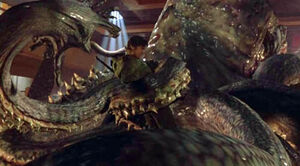 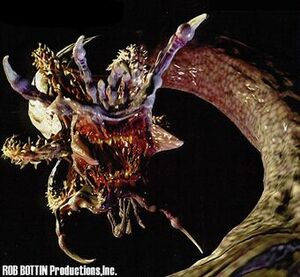 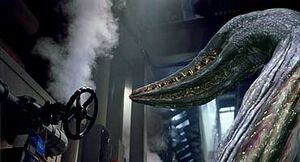 A tentacle with a closed mouth. 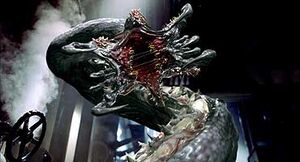 A tentacle with an open mouth. Note the claw-like mandibles to catch prey. 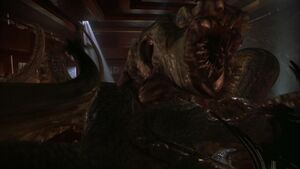 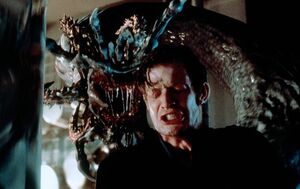 A tentacle sneaking up on one of the mercenaries. 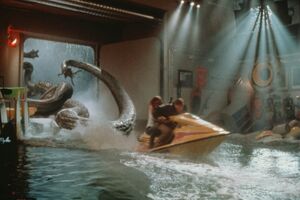 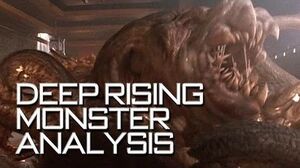 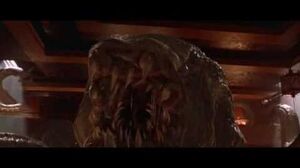