Kill The Spirit (both failed).

The Octopus is the main antagonist in the comic book series The Spirit and the movie based on the series. He is a master criminal and the title character's archnemesis.

Octopus is a former coroner turned supervillain who plans to bring all of Central City to its knees and will kill without discretion anyone unlucky enough to stand in his way. Jackson, Miller, and the costume designer went through the various scenes of the film to design elaborate costumes for the Octopus to wear — to the point that in every scene he appears in his look is different than the one before. They include a samurai robe complete with a wig, a full Nazi SS uniform, a Western duster influenced outfit with a ludicrously out-of-proportion cowboy hat, and a costume consisting of a Russian-esque hat and a fur-lined coat influenced by 1970's blaxploitationpimps. When asked about the change from the Octopus just being recognized by a pair of gloves in the comics to the various costumes, Jackson stated "It's just an opportunity to be larger than life to take the Octopus's theme of dressing the way he feels everyday, or having a theme to his day to day life and making some sense with it. And hopefully the audience will take the ride with us."

Dr. Cobra is a doctor who has medication. 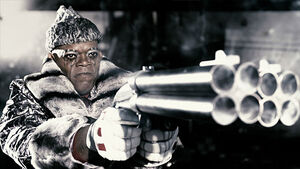 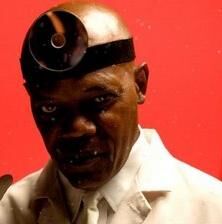 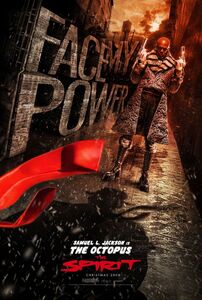