To be freed from their millennia-old imprisonment and bring darkness and discord upon the universe including Earth.

The Ogdru Jahad, also known as the Ogdru eb Jurhad, The Serpents (the Serpent in plural), The Beasts (The Beast in plural), the Seven Who Are One, and the Seven Gods of Chaos, are monstrous supernatural entities and main antagonists in Mike Mignola's Hellboy comic book series. They are the seven-headed Dragon of Revelation in a Biblical sense, and are destined to bring about the end of the world. They were imprisoned in their Golden Cocoons by the Right Hand of Doom shortly after the creation of Earth, but not before they spawned 369 children, known as the Ogdru Hem. It is arguably Hellboy's archenemy alongside Grigori Rasputin.

In the film Hellboy, the Ogdru Jahad were mentioned by name only once by Rasputin. They were portrayed as amorphous, tentacled creatures encased in crystal shells. At the conclusion of the film, their prisons were shattered and the Ogdru Jahad began their assault on Earth. Before the final lock could be unsealed by Hellboy, he regained his senses and the Ogdru Jahad dissipated. 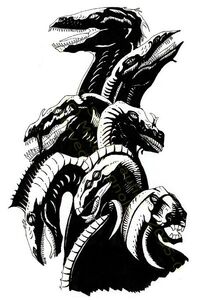 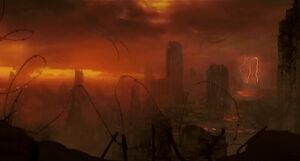 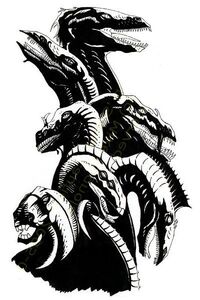 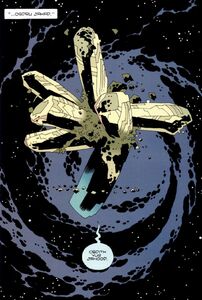 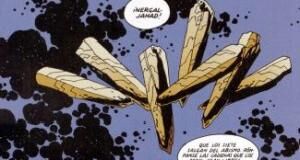 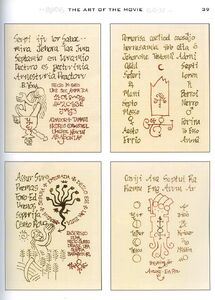 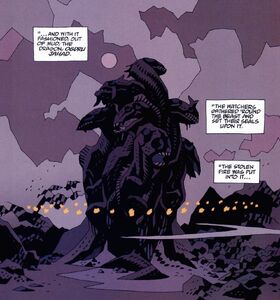 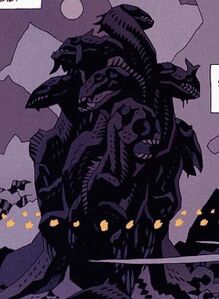