Help the Ogdru Jahad break free from their dark cosmic confinement and cause the end of the universe.

The Ogdru Hem are the children of the Ogdru Jahad and they are villains in the Hellboy franchise.

The Ogdru Hem were the Earth's first lifeforms, spawned by their parent, the Ogdru Jahad, shortly after being created by the Watchers. Originally there were 369 of the Hem, who with fought the Watchers for thousands of years. Eventually the Watchers managed to either imprison the creatures under ground or destroy their bodies, but their spirits continued to live on, spread across the universe.

According to James Henry O'Donnell the entires pantheon of "Mesoamerican God-monsters", such as Quetzalcoatl, were actually the spirits of some of the Ogdru Hem.

The blood rituals of the toltecs allowed the creatures to assume physical form and told the people the true history of the world, which the Aztecs would later inscribe on three gold tablets.

During Ragna Rok, the end of days, after the Four Horsemen of the Apocalypse have killed 2/3 of all mankind, the Ogdru Hem will return to rule the earth and consume all that is left.

Eventually they will burn as well, and a new world, with a new race of me, will emerge 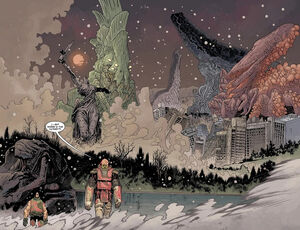 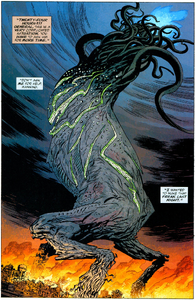 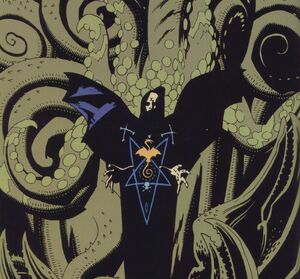 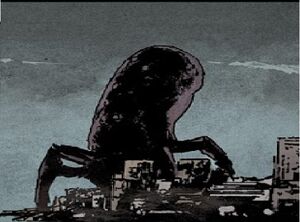 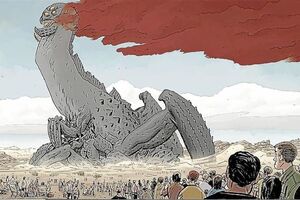 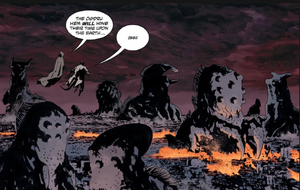 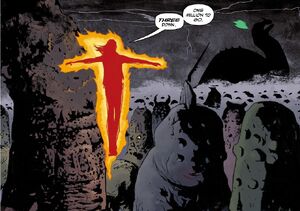 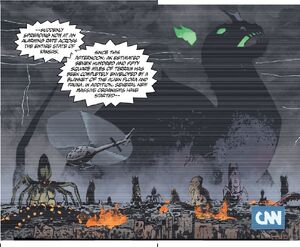 Retrieved from "https://villains.fandom.com/wiki/Ogdru_Hem?oldid=4142616"
Community content is available under CC-BY-SA unless otherwise noted.