The Three Stooges in Orbit

Steal Professor Danforth's invention to take over the Earth (formerly).

Ogg and Zogg are two martians sent to Earth in The Three Stooges in Orbit.

Their leaders order them to steal Professor Danforth's invention so they take over the earth. It is a combination of a rocket, a helicopter, a submarine, and a tank. But when the Stooges help the professor with the machine, their shenanigans damaged the martians' communicator. Both sides have been receiving Earth's television signals.

After being disgusted by what they saw, the leaders ordered them not to take over the earth, but destroy it. When the Stooges find out about their plan, Ogg and Zogg hooked up a disintegrating cannon to the machine and stole it. While in the air, the Stooges were on the machine, trying everything they could to stop the martians. When they were over the ocean, they realized Curly Joe replaced the carburetor with a stolen nuclear depth bomb that would explode if it made contact with water. The Stooges were able to steal the martians' weapon and use it to cut off the top half of the machine with the propeller on. They held on to the top half while the two martians fell on the bottom half. They were killed by the bomb's explosion when it made contact with the ocean. 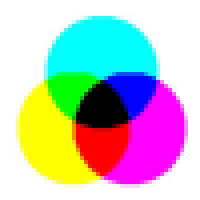