Killing the loved ones of cops that investigate him.

Have Barbara Kean all for himself.
Kill Jim Gordon (both failed).

Jason Skolimski, also known as The Ogre, or the Don Juan Killer, is a minor antagonist in the TV series Gotham.

He appears as the final antagonist of Season 1 and a posthumous antagonist in subsequent seasons.

He is one of the most dangerous serial killers in Gotham City. A brutal but charismatic man, he is responsible for dozens of women's deaths, being able to get away with his crimes by threatening to murder the family of any cop who tries to investigate him.

He was portrayed by Milo Ventimiglia, who also played Chad Martin in That's My Boy.

Jason Skolimski was the son of the butler of the rich heiress Constance Van Groot. Born severely deformed, Jason endured ridicule, but grew up believing Van Groot was his mother. Finding it entertaining, she encouraged his suspicions (despite the warnings of Jason's father) until he outright believed it to be the case. This carried on till his late teens, till one day he went to Miss Van Groot and asked her to acknowledge him as her son publicly.

Miss Van Groot instead laughed at him, and told him no one would ever love him. In a fit of rage, Jason murdered her. But convinced his father to keep the death a secret, sympathetic to his son Jacob Skolimski agreed. Taking Van Groot's money, Jason had plastic surgery, to fix all his physical imperfections. And reinvented himself as rich young Socialite called Jason Van Groot, heir to the Van Groot fortune.

However, he also became a brutal serial killer, obsessed with finding the right woman. Known as the Ogre to the GCPD, Jason's standard tactic would be he would find and seduce a young, pretty woman, take her back to his apartment (custom made to be both sound and escape proof) and begin their relationship. However the moment they tried to leave him (even if only to go home), he would reveal his true colors and imprison them.

In this state he would carry on, hoping they would turn out to be love of his life. Forcing them to play along as a submissive doting partner to him, however if they stepped out of line or disappointed him (even as minor as overcooking his dinner) he would decide they were not meant to be. In which case he would take them to his torture chamber, where he would brutally mutilate them before finally killing them. He then had the body dumped, allowing with a hand drawn picture of a broken heart.

If any policer officer dared tried to investigate the death, the Ogre would murder their family. As such, the GCPD kept quiet not even telling the press he existed, thus allowing the Ogre to carry on his crime spree for years.

Following Gordon blackmailing Loeb, the corrupt Commissioner forced another officer to trick Gordon into investigating the Ogre's latest victim. In response the Ogre began to stalk Gordon, refusing to back down but terrified over his girlfriend's safety, Gordon ensured that Leslie was safe before publicly outing the Ogre to the press.

However having only an outdated photo to go with, the Ogre instead went after Gordon's ex-girlfriend Barbara Kean. Initially planning to kill her, he was instead impressed by her cynical response, and decided she could be a potential love for him. Meeting her at the Wayne Enterprises Charity Ball, he seduced her and brought her back to his apartment.

This time he revealed to her he was a serial killer and showed her his torture chamber, confessing he had fallen in love with her. Terrified Barbara tried to escape, but found herself trapped. Imprisoning her, the Ogre released her from her chains and showed her the pictures of his former victims. Sensing some instability in Barbara herself he encouraged it, asking her who she hated and who he should kill next.

Finally choosing her parents, he took Barbara to them and held them hostage, urging her to kill them and embrace her instability, to be with him. Finally accepting she agreed. However Gordon and Bullock managed to track him there home, the Ogre managed to jump Bullock and throw him down the stairs. He then engaged in a fire fight with Gordon, until running out of bullets he was forced to take Barbara hostage with a knife. But Bullock then returned, having awoken, catching the Ogre by surprise, Gordon got a window and managed to shoot him in the head, ending his reign of terror once and for all.

Jason was extremely psychopathic and unhinged, possibly due to the torment he suffered from but hid this well with his physical handsomeness, charisma and confidence. He eventually became obsessed with finding the perfect woman and achieving unconditional love. Though he admits he loves the women he abducts, he imprisons and kills them whenever they try to escape or when he discovers the women does not meet his impossible standards. He was also a profound believer in destiny, claiming that it was destiny that he and Barbara together.

Eventually Jason fell in love with Barbara Kean, the same woman he was about to kill as to stop James Gordon from investigating him, claiming they were soul mates and kindred spirits. Despite this, he was more than willing to kill her should she have tried to escape her apartment. He also showed cowardice and hypocrisy in his final moments, using Barbara as a hostage as to ward off the police and saying that Jim Gordon didn't care about Barbara the way he did.

The Anvil or The Hammer 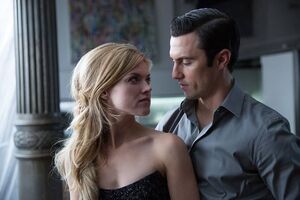 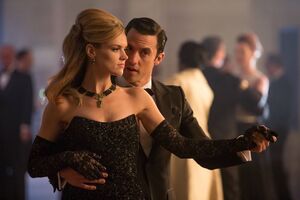 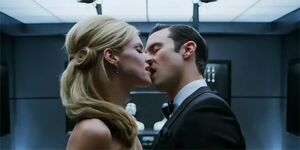 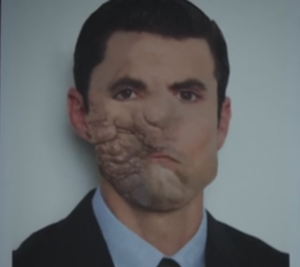 The Ogre's face before his plastic surgery.