Orgemon (in the Japanese version)

Defeat both DigiDestined and Leomon.

He started out as a minion of Devimon, and the rival of Leomon. Ogremon is a Champion Level Digimon that resembles an ogre. He is known for having his mouth open all the time, and carries a large bone as a bludgeon weapon.

He was voiced by Hisao Egawa, who voiced Machinedramon in the Japanese version and Beau Billingslea who returned to reprise his role in Digimon Adventure tri. in the English version.

Ogremon was the only Digimon who willingly came to serve Devimon, under the promise to kill Leomon once Devimon no longer needed him. When the DigiDestines were sperated, Ogremon attacked Joe, and Gomamon. When Gomamon managed to digivole into Ikkakumon, they were able escape Ogremon. But prior to the final battle, Devimon grabbed Ogremon by the throat and transformed him into a mass of Black Gears that he assimilated, along with all the other Black Gears on File Island, into his body so he could have the power to destroy the DigiDestined.

Upon Devimon's destruction at the hands of Angemon, Ogremon survived and escaped. He was eventually forced to battle the forces of the Dark Masters. He fought a small army of Woodmon and got injured due to a meteor that landed near them. As it turned out, Ogremon was never actually evil, he only wanted to fight Leomon and no one else. After getting injured by the meteor containing MetalEtemon, Ogremon allied with the two DigiDestined Mimi and Joe after their split with the other DigiDestined. After Leomon's death, Ogremon decided to help the kids in any way he could for his rival's sake. Following the defeat of the Dark Masters and Apocalymon, Ogremon left to be on his own once more to await the day that he and Leomon could resume their rivalry.

While his role is generally the same as in the anime, Ogremon is also a recurring computer-controlled party member. His most notable battle is when he and Saberleomon aids Joe in a battle against MetalEtemon.

Ogremon would later be referenced in the first episode of Digimon Adventure 02, when T.K. and Kari commented that their teacher looked like him. He also appeared as a cameo in the epilogue of the final episode, where Joe was teaching his son how to treat Digimon by using Ogremon as an example (referencing his treating of Ogremon for his injury in Digimon Adventure 01).

Ogremon reappeared three years later after MaloMyotismon’s defeat and is infected. He attacks Primary Village while once again faces his rival Leomon.

Ogremon is a minion towards Argomon. He along with his army of Goblimon, were eventually defeated by Agumon.

Ogremon ran a ramen noodle restaurant along with Fugamon. They both kidnapped a human and took him to their restaurant to help them make the best ramen noodles in town. Ogremon and Fugamon then challenged Gumdramon, Shoutmon, and Damemon to a fight. Ogremon and Fugamon then were defeated by the combined efforts of Gumdramon, Shoutmon, and Damemon, and both of the ogres were captured by Tagiru.

Ogremon first appears riding on a Coredramon. Unlike the original Digimon Adventure, this Ogremon has several Soundbirdmon that serve him and he uses them to brainwash innocent Digimon, and also serves Devimon.

While Taichi, Sora, Agumon, and Biyomon meet Mimi and her Digimon partner, Palmon, Ogremon arrives with a Drimogemon to attack them. Agumon digivolved to Greymon to fight Ogremon, while Palmon digivolved to Togemon to defeat Drimogemon. During the fight, Greymon broke one of Ogremon’s horns, leaving him to retreat.

After the Digidestined and their Digimon partners defeat several Tankmon, Gorillamon, Solarmon, and DarkTyrannomon, Ogremon returns for revenge for a showdown against Taichi and Greymon. Just as Greymon was about to destroy Ogremon, it was abruptly interrupted by an arriving MetalTyrannomon. It stomped on Ogremon, losing his other horn. After showing the Digidestined the way to the Holy Digimon, he sacrifices himself to be destroyed by MetalTyrannomon. MetalTyrannomon was eventually destroyed by MetalGreymon, avenging Ogremon's presumed death.

Taichi and Agumon later encounter Rebellimon, the Ultimate form of Ogremon who has no memory of his past. A wanderer of the Digital World's wastelands, Rebellimon briefly clashes with MetalGreymon after helping him to fight off several Giromon. However, Rebellimon has a flash of memory from Ogremon's fight with Greymon and stops. Rebellimon later works with Greymon to defeat a returning Giromon and several Boarmon before fighting and defeating Boltmon with Cutemon's help. At the end of the adventure, Rebllimon allows Cutemon to join him and tells Taichi and Agumon that he intends to go "straight ahead," Ogremon's last words to them before his apparent destruction. The two are shocked by the possibility that Rebellimon is actually Ogremon, but end up dismissing the idea as impossible and the words as being just a coincidence. 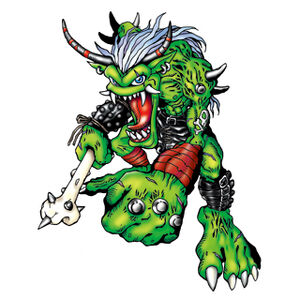 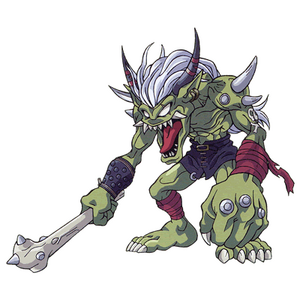 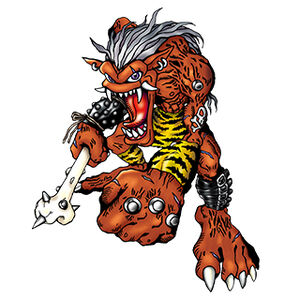 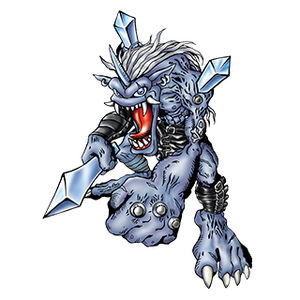 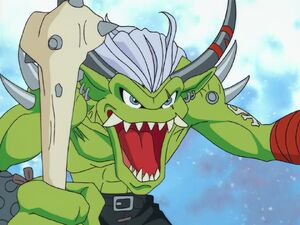 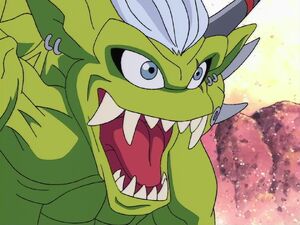 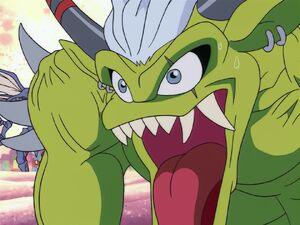 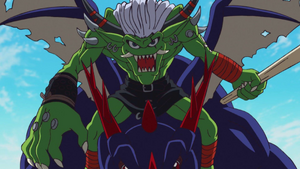