Oingo, (Zenyatta in the English dub), is the elder brother of Boingo and is an assassin wanting to kill Jotaro in the manga, JoJo's Bizarre Adventure: Stardust Crusaders). His stand, Khnum, represents one of the nine Egyptian gods of prosperity. 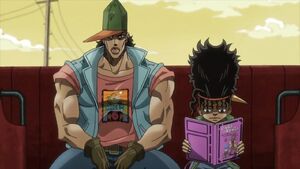 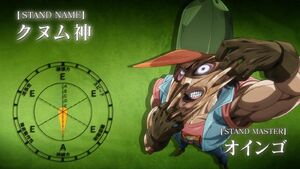 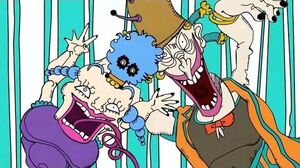 Retrieved from "https://villains.fandom.com/wiki/Oingo?oldid=3449818"
Community content is available under CC-BY-SA unless otherwise noted.