Take out Mari Sonoda and the Spider Orphnoch.

Monster
The Okra Orphnoch is an antagonist in episodes 39 and 40 of Kamen Rider 555. He is an Orphnoch with the characteristics of the plant okra. His human form is unknown.

He was voiced by Katsumi Shiono.

He accompanied Kitazaki as his henchman to a fight against Masato Kusaka. He tried to capture Masato with his net before he transformed, but was unable to. Kitazaki then transformed into the Dragon Orphnoch and intervened in the fight, combining their powers to overpower Kaixa and force him out of his transformation.

However, Takumi Inui then arrived and transformed into his new Kamen Rider Faiz Blaster Form. The Okra Orphnoch disappeared with a flash of light blade in "Faiz Blaster Photon Breaker Mode".

The Okra Orphnoch can throw a sticky net to capture its opponent and attack the opponent with an ax that also cuts the iron plate. His head is very hard, and with a head butt he can smash a concrete block. 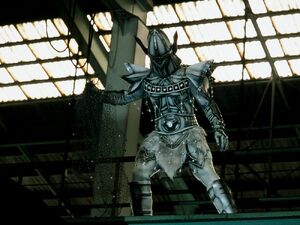 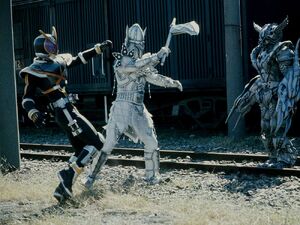 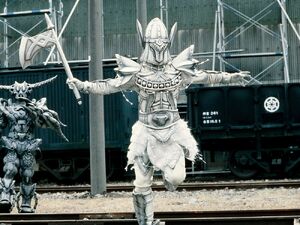 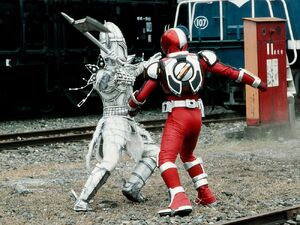 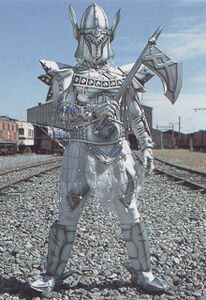