Get Link to "grab his destiny"

The Old Man is the main antagonist of the Starbomb video, BEST Zelda Rap EVER!! by Joel C.

The video starts out with Link on another quest in Hyrule to save Princess Zelda from the clutches of the Dark Lord, Ganondorf. In a cave, he meets up with the Old Man, who seemingly offers him a "sword" to help him on his journey. At first, Link is grateful to him for his assistance, but after carefully observing the "sword", he realizes that the "sword" is actually his penis. Exposed, he then outrightingly asks Link to grab it anyway, prompting the disturbed hero to immediately leave.

Later on, Link tries to use his Ocarina to warp himself to Zelda, but somehow ends up in Liberty City from Grand Theft Auto. While he tries to fix the Ocarina, the Old Man reappears in a car and offers him a weapon again, only Link to realize it's another trick to get him to grab his dick again, and informing him that, despite wearing a tunic, he's not gay. But the Old Man is insistent, reasoning that he'll get to Zelda eventually, but Link sternly rejects him again.

Link continues on with his quest, but somehow ends up in Racoon City from Resident Evil. Old Man appears once more to offer his "sword" to Link, but Link finally becomes fed up with him and threatens him, even ordering the the background band to stop playing.

After getting scolded by Link, Old Man finally accepts that he is not interested in the hand job. 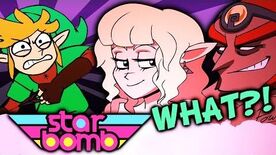 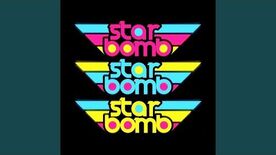 It's Dangerous to Go Alone
Add a photo to this gallery
Retrieved from "https://villains.fandom.com/wiki/Old_Man_(BEST_Zelda_Rap_EVER!!)?oldid=3852602"
Community content is available under CC-BY-SA unless otherwise noted.