Villains Wiki
Register
Don't have an account?
Sign In
Advertisement
in: Five Nights at Freddy's Villains, Male, Enigmatic,
and 20 more

Distract the player (depends on the player's skills).

He is an enigmatic crocodile-like character who sits in the Fourth Level.

OMC appears in this game as one of the many customizable characters. While active he can appear in the office in the upper left corner of the screen where he is fishing. If the player successfully completes the minigame by catching the fish on the marked spot, Old Man Consequences will disappear. But if the player fails to do this then the cameras will be dissabled for a short while.

When having Old Man Consequences set to 1 with all other characters set to 0, then if you catch a fish will result in being sent to the fourth layer sub-level from FNaF World where Old Man Consequences is. The player can speak to him and he will say that you should leave the demon to his demons. Then the player must glitch into the pond like in FNAF World. 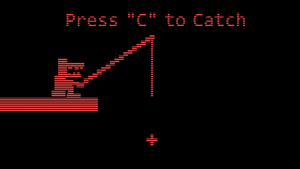