Mechanical skills (possibly because of creations)

Trying to get attention.

Building certain creations to get revenge on anyone and to get attention (formerly).

Fiddleford Hadron "Old Man" McGucket is a major character in the Disney cartoon series Gravity Falls. He is a former collegue of Stanford Pines, as well as a resident and a local kook of the titular town.

He was voiced by series creator Alex Hirsch, who also voiced Bill Cipher, Dippy Fresh, and Stanley Pines in the same series.

Old Man McGucket is a bald old man with a long white beard with a band-aid which can be used as a limb, blue eyes, and many missing teeth and one gold tooth in his mouth. He has a large, pink nose with a few warts on it, and a cast on his right arm, white bandages around his feet. McGucket also wears an old brown hat that he got from a scarecrow, and brown clothes.

McGucket may seem like a normal, everyday, average Joe Gravity Falls citizen, but he has had many antagonist roles, primarily in the episode "Legend of the Gobblewonker". He might also be considered mentally ill by making up words, leading to neologism. He also caused havoc with mechanical creations, this and him making elixirs leads to believe that he's a genius.

It's revealed in "The Society of the Blind Eye" that when he was a young man, he was a scientist who worked with the Journal's author (Stanford Pines), to catalog his studies and helped build his machine, however tortured by what he had seen, he built a special device to erase his memories. He also founded the Blind Eye Society, a secret society to help people like him forget. However his overuse of the machine, drove him insane, leaving him with no memories before 1982. Without him the order fell into a cult, that dogmatically held all memories of the supernatural must be erased regardless of whether the person in questioned wanted them gone or not.

It is revealed that Bill Cipher's chaotic mind on attempting to destroy universe into tricking both McGucket and Stanford to do his bidding, then the disappearance of Stanford himself of being sucked into the portal where Bill was sealed, was the reason behind McGucket's insanity, turning him into what he is now. Once he fully recovered his memory and Stanford's return, in the same time during a Weirdmageddon event, McGucket quickly forgives Stanford for the failure they had tried to prevent Cipher from entering their world and destroy the universe. 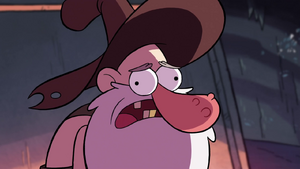 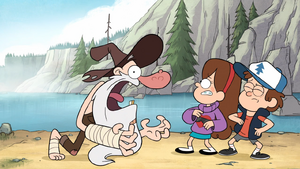 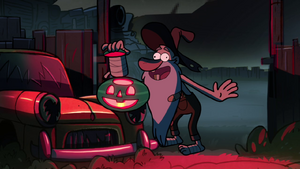 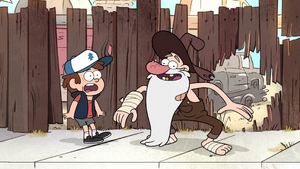 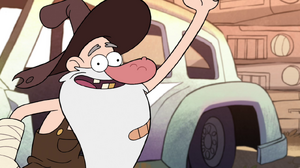 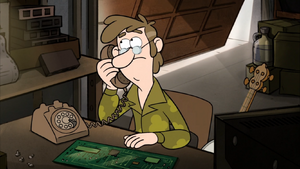 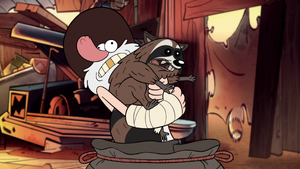 “Get in there raccoon wife! Get, get!”