Leader of the Gurlukovich Mercenaries
Agent of the Patriots (unwillingly)

Olga Gurlukovich (Ольга Гурлукович) is an antagonist and the sole boss character in this portion of the video game, Metal Gear Solid 2: Sons of Liberty.

She appears in the Tanker Chapter the daughter of Sergei Gurlukovich, and is a member of her father's mercenary unit called the Gurlukovich Mercenaries. She appears during the Plant Chapter, disguised as a Cyborg Ninja (Mr. X), and later becoming a supporting character towards the end of the game.

Olga is the daughter of Sergei Gurlukovich and an unnamed mother, and later became a member of his mercenary unit. Olga received training from the group, and later reached the position of unit commander before the events of the game. At some point during her career, she received a long scar across her face, but its unknown how she received it.

Sons of the Patriots

She takes over her father's private army after his death in the Tanker chapter, lending her team to the Sons of Liberty terrorist faction. She is shown to be at odds with Revolver Ocelot, blaming him for her father's death. She is actually an unwilling agent for the Patriots, who are holding her child hostage, and assists Raiden as a disguised Cyborg Ninja calling herself Mr. X. By doing so, she is betraying her comrades to ensure her child's safety, a realization that makes her feel guilty. After she reveals herself to Solidus, she is killed with a shot to the head.

Her daughter, Sunny, who was raised by the Patriots, appears in Metal Gear Solid 4: Guns of the Patriots and Metal Gear Rising: Revengeance. Sunny has a portrait of her mother hanging in the kitchen area of the Nomad. 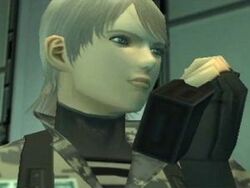 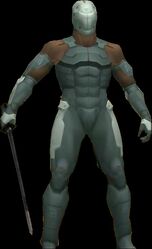 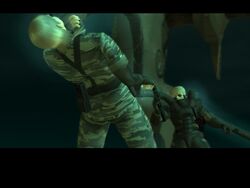