Omega Hunters are vicious, deadly machines that track down beings with powers or gifts that may be of use to the Invasion Force and give them a brutal choice - to serve or die. if they willingly surrender they are made into Trackers (basically slaves) and forced to wear Mind-Collars that bind them to the Invasion Force, if they refuse they are executed without mercy by the Omega Hunters. 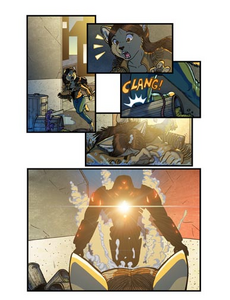 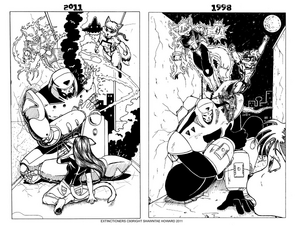 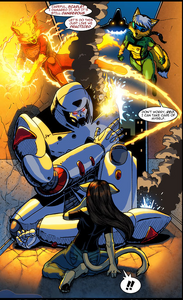 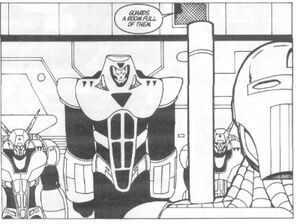