Disciplining those who miss tennis practice.

Omiko Hakodate is a minor antagonist in the anime Kill la Kill. She is the captain of the Tennis Team at Honnōji Academy and a member of the school's athletic department under Uzu Sanageyama. Her athleticism-augmenting Two-Star Goku Uniform is equipped with a giant, spiked tennis racket and hundreds of tennis balls underneath her skirt.

She was voiced by Chiaki Takahashi in the Japanese version, and by Karen Strassman in the English dubbed version.

Omiko Hakodate is a slim lady with long blonde hair tied up in pigtails, sharp eyes with pale blue irises, and oddly shark-like teeth. She, like the other club presidents in the Student Council, wears a Two-Star Goku Uniform (formerly One-Star) in the appearance of a regular tennis uniform with a visor hat bearing the insignia of the Two-Star.

First debuting in Episode 2, Omiko and the tennis club struck at Mako Mankanshoku by sending several tennis ball volleys to her as punishment for "missing tennis practice". She was later confronted by Ryūko of the former's unfair discipline to Mako; however, Omiko knocks off Ryuko into the waterway.

Later, the two end up in a tennis match. Initially, Omiko easily outmatches Ryuko by each round of the game due to Ryuko herself having trouble controlling her power. However, she was eventually defeated when Ryuko started to win instead by turning her scissor blade into her own tennis racket (thanks to improvisation by Senketsu) and taking the upper hand, gaining more points. Afterward, Ryūko then proceeded to destroy Omiko's Goku Uniform, absorbing the Banshi into Senketsu. 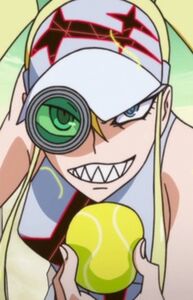 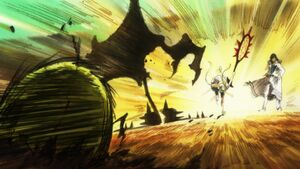 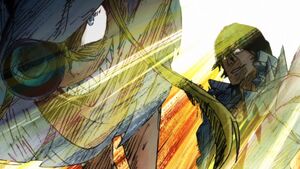 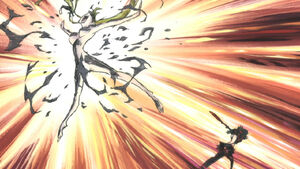 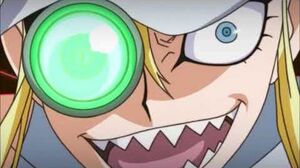