Leading the Aogiri Tree from the shadows

Create a society where Ghouls and humans can co-exist (real goal)
Find and recruit or kill Rize Kamishiro. (both succeeded)

Skeletal Propagandist
The One-Eyed King is the leader and ruler of a cult-like society of ghouls known as the Aogiri Tree. The One-Eyed King is believed to be an all-powerful Half Ghoul who has more power than other One-Eyed Ghouls and rallies dozens of Ghouls with his ideology of Ghoul supremacy.

In reality, however, the "One-Eyed King" is a title passed down from one individual to another. The title was previously held by Kishou Arima, until his suicidal death in his battle with Ken Kaneki. After his death, Kaneki was crowned as the One-Eyed King.

It is known that Arima Kishou was the One Eyed King. He had taken the title because even though he was a half-human (physically human but with the abilities/senses of a ghoul, excluding the kagune). He was stronger than any ghoul, even Eto. And so it was spread that the one who kills the One Eyed King will be the hope and saviour for all ghouls.

Eto denied that she was the King but rather a co-conspirator and partner. Kuzen Yoshimura, Eto's father, took the mantle to take some tension off her. While Arima held the title, Eto described him as "keeping the seat warm". After Arima had died during a fight with Kaneki by slitting his own throat, Kaneki took the name, title and pedestal as the current One-Eyed King.

While the One-Eyed King doesn't physically appear in the series, he plays a major role as he leads Aogiri from behind the shadows and manipulates the events of the story in secrecy. He takes the C.C.G. by surprise with Aogiri's takeover of the 11th Ward and sends out many Aogiri members and executives to find and capture Rize Kamishiro for reasons unknown but most likely to either recruit her or kill her if she rejects. Yakumo Oomori and Ayato Kirishima are one of the first two to be searching for her. During this time, both Nico and Doctor Akihiro Kanou both claim that the King is either connected or related to Yoshimura in some way. During this time, the Aogiri Tree quickly tsakes over and conquers both the 9th and 10th Wards and possibly might be planning an all-out assault on Tokyo. The King most likely leads all of Aogiri's major operations and attacks from behind the scenes.

The King is known as Arima Kishou but his throne is now taken by Ken Kaneki but is leading Aogiri from behind the scenes. He appears to have an association/alliance with the Madam Ghouls as they supply Aogiri with the needed money and financial resources that the organization needs.

The One-Eyed King appears to have metal gloves with a seemingly-royal robe that bears the namesake leaf-like symbol of the Aogiri Tree society, and he wears gold attire all over him. He also wears a skull mask adorned with a golden crown and his one Ghoul eye is the only known physical or even metaphysical characteristic that he has.

The One-Eyed King is a very charismatic leader and has often rallied many to the cause of ghoul prosperity, and/or one can say, superiority. He believes that ghouls are the dominant and superior species and has formed Aogiri to make his belief a reality. It's since then attracted dozens to rally behind his call for ghoul dominance.

The One-Eyed King's full abilities are yet to be fully seen but some are known. He appears to be powerful however since he's well-known within the ghoul community and is the founding leader and ruler of the Aogiri Tree. 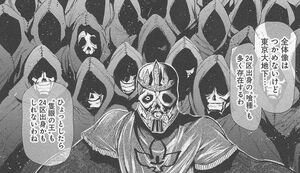 The King behind his subordinates. 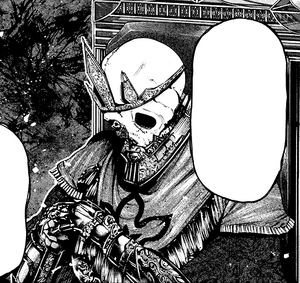 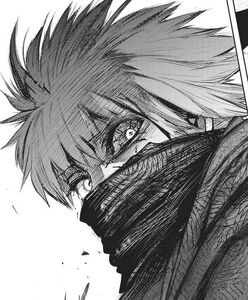 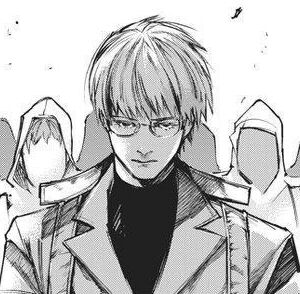 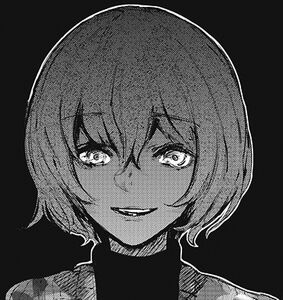 Short-haired Eto, suspected of being the King but denied allegations. Is the One-Eyed Owl. 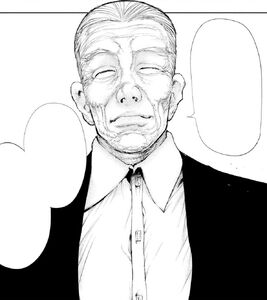