Hitotsu no Sonzai
The God Before Gods

Controlling others and using them to unite the realms.

Become complete again by merging all the realms together.

The One Being is one of the two overarching antagonists (alongside Kronika) of the Mortal Kombat series. This preternatural entity is the progenitor of the Realms in the Mortal Kombat universe (including the six major realms of Earthrealm, Outworld, Orderrealm/Seido, Chaosrealm, Edenia, and the Netherealm).

It is implied that it has acted through beings such as Onaga and Shao Kahn, and is responsible for their attempts to merge all realms, particularly Earthrealm, into Outworld. In Mortal Kombat (2011), Shao Kahn is hinted at being under the influence of the One Being as he stands atop the Pyramid of Argus, prepared to bring about Armageddon and destroy the realms. This event, in the second timeline, is hastened to the final events of Mortal Kombat 3, when Shao Kahn has almost merged Earthrealm with Outworld, and at the same time he is ending all things in existence. However, the Elder Gods intervene and destroy Shao Kahn, thereby halting whatever plans the One Being may have had.

In the Mortal Kombat X comic series, it is revealed that the six Kamidogu, now daggers in the rebooted timeline, have all tasted the blood of the One Being and its essence lives within them, serving as the source of the daggers' Blood Magik.

In Shinnok's Mortal Kombat X ending, the fallen Elder God succeeds in remerging all the realms to reawaken the One Being, allowing it to destroy all of reality upon the One Being's revival and devoured the Elder Gods as his vengeance comes full circle.

From the fact that it fed off of the essences of the Elder Gods it could be concluded that the One Being holds the powers of each Elder God giving it nigh-omnipotence. It could also be concluded that it has control over time/space, reality, and all lives within the realms. It has also influenced powerful individuals such as Onaga and Shao Kahn into absorbing all realms, as a means of making itself whole again. 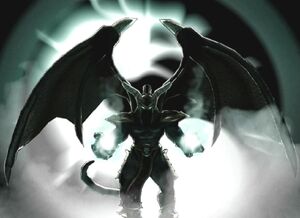 Onaga becoming the One Being in Mortal Kombat Deception. 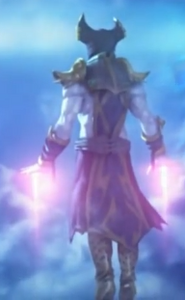 Shinnok watching the One Being become complete again and devours the Elder Gods. 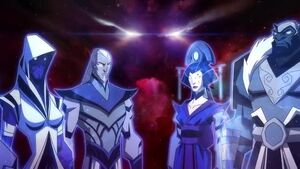 The One Being in the background of the cosmos behind the Elder Gods in Mortal Kombat Legends: Scorpion's Revenge.