Transforming into a truck

Unknown crimes that got him detained

Onslaught is a supporting antagonist of the 2017 film Transformers: The Last Knight. He is a tough, but slow-witted Decepticon tactician who transforms into a green and white Western Star 4900SF tow truck.

Despite his huge size and fierce reputation, Onslaught is one of the most incompetent Decepticons in the film series, as he easily lost his leg and head in a matter of seconds in battle with Drift and Crosshairs.

Onslaught was in TRF custody when the TRF formed a deal with Megatron to release some Decepticons to be part of his "crew". Among Megatron's first choices was Berserker. However, Berserker was deemed too dangerous, Megatron under Colonel Lennox's advice chose to settle for Onslaught, who needed high level clearance to be released. When cleared for release, he threw his gun out the door but then realized he won't be able to get out, and angrily bemoaned the small size of the TRF's doors then lashed out at his human jailers.

Onslaught joined the Decepticons on their hunt for Cade Yeager, and followed his leader to the human's scrap yard and then to a nearby town. They were met with some not-quite-unexpected resistance in the form of the Autobots Bumblebee, Drift, and Crosshairs and damaged in a trap set by Yeager. With Grimlock keeping all the other Decepticons busy, Onslaught tried to go after Cade on his own. He attempted to catch the fugitive human but was ambushed by Drift and Crosshairs. He first lost his leg and took several shots in the chest before finally losing his head to Drift's sword. Drift remarked his victim had a "fat head". 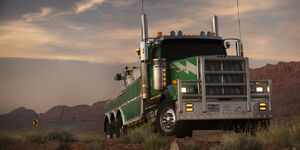 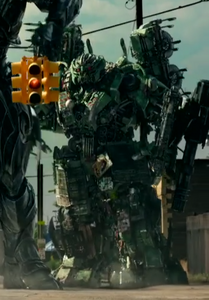 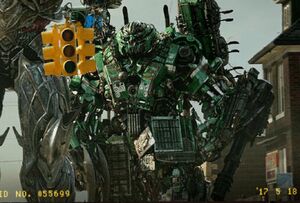 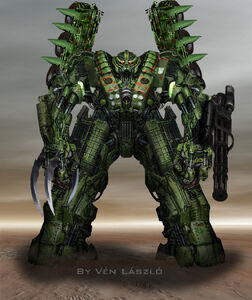 Onslaught being released from TRF custody. 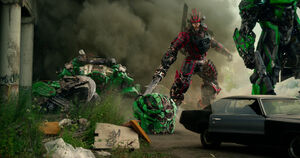 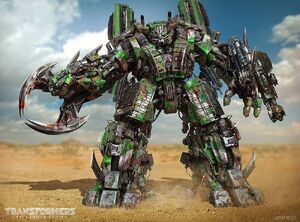