Get to Treasure Planet for its prosperous riches (succeeded).

Onus is one of the supporting antagonists in the 2002 Disney animated film Treasure Planet. He is one of the pirates in John Silver's crew. As such, he serves as the lookout, as he is constantly seen in the crow's nest of the Legacy.

He was voiced by Corey Burton, who also played Chernabog, Butch Jones in Disney's Tarzan, V.V. Argost, Quint, and The Brutish Guard.

During the voyage, the ship encounters a supernova. While securing lifelines of all pirates so that they will not get lost, Jim saves Silver from falling just in time. The supernova then devolves into a black hole, where Arrow falls to his death. The burst of shock waves and maximum engine power enable Amelia to pilot the ship to safety. Amelia mourns the loss of Arrow, and suspects Jim of failing to secure the lifelines, while Arrow's line was actually cut by the most dangerous insectoid alien named Scroop. He is one of the only few pirates to survive during their mutiny, as he is arrested by Captain Amelia and Dr. Delbert Doppler for his crimes alongside the remaining crew. Despite his arrest, Onus is last seen cheering for Jim along with the other four crew members for helping them escape from the exploding planet. 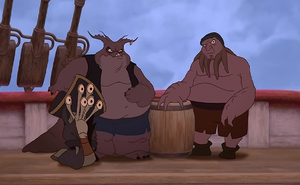 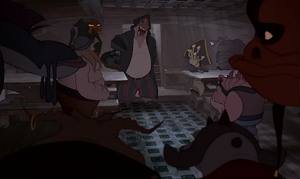 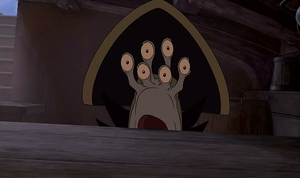 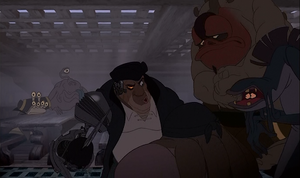 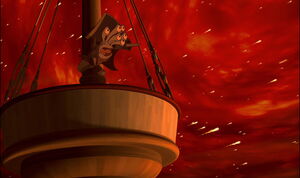 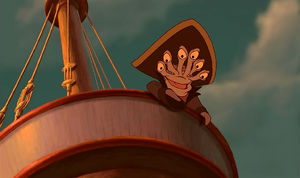 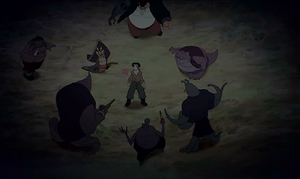 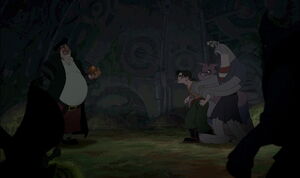 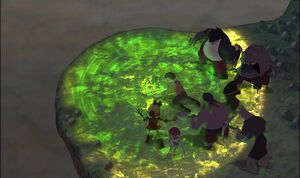 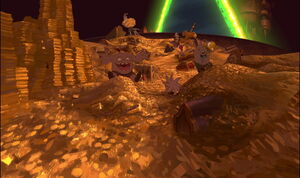 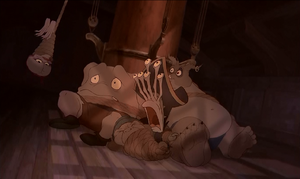 Onus's defeat along with the other surviving pirates 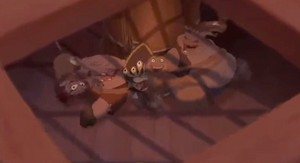 Retrieved from "https://villains.fandom.com/wiki/Onus?oldid=4260013"
Community content is available under CC-BY-SA unless otherwise noted.