Ability to blend into dark surroundings

Kill Power Rangers but if that is impossible to buy as much time as they can to tie down Power Rangers (latter mission accomplished).

The Oozemen are minions of Ivan Ooze and minor antagonists in the 1995 Power Rangers film Mighty Morphin Power Rangers: The Movie. Ooze summons them via his evil substance to fight the Rangers at the site where he is released from his egg. They are never actually given a proper name in the film, though Ooze refers to them as his "kids" right before he spawns them. Despite their great fighting abilities, they are all destroyed by the Rangers who then were too late head out for Ivan after his successful attack on the Command Center and against Zordon which causes the young heroes to lose their powers.

They were all voiced by Neil Kaplan.

In appearance, Oozemen have striking resemblance with their master and creator except that they possesses exoskeleton all over their body (except for the head) and less intelligent than the latter. Their bodies are made of purple oozes that they bleed every time they were injured, and also reduced into oozes.

It should be noted that they also stronger than Putty Patrollers. Thanks to their dark colors, they can easily blend into darkness and capable to ambush unsuspecting foes.

Much like various standard foot-soldiers whom worked for various antagonists in Power Rangers franchise, Oozemen are loyal to their master and willing to do their villainous master's bidding, even if it includes fighting to death. 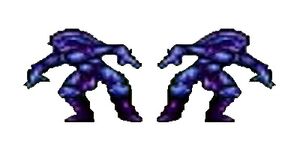 The Oozemen as seen on Mighty Morphin Power Rangers: The Movie on Game Gear. 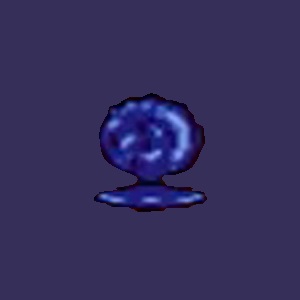 The Ooze as seen in Mighty Morphin Power Rangers: The Movie on Game Gear. 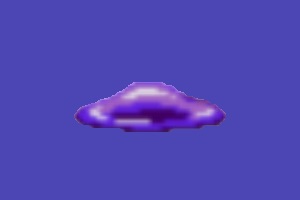 The Ooze as seen in Mighty Morphin Power Rangers: The Movie on Sega Genesis. 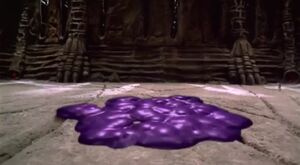 The Ooze
Add a photo to this gallery

Retrieved from "https://villains.fandom.com/wiki/Oozemen?oldid=3543970"
Community content is available under CC-BY-SA unless otherwise noted.