Staying in the ice palace

Save the Lostbelt from being destroyed by Surtr (succeeded)

Participation in the Attack on Chaledea

Participation in the Crypter's plans

Friend of the Hero

Ophelia Phamrsolone is a major antagonist in Fate/Grand Order: Cosmos in the Lostbelt, being the secondary antagonist of its second chapter Götterdämmerung: The Eternal Ice-Flame Century. She is one of the seven Crypters and is the second to be confronted.

She is voiced by Atsumi Tanezaki.

Ophelia was born in an old magus family and suffered from traumatic treatments during her training to become a magus. A prodigy in Spirit Evocation and formerly part of the Clock Tower's department devoted to that subject, her Servant was going to be Saber and she had racial reasons for wanting this Servant. She ended up summoning the hero of the Volsung Saga, Sigurd.

Ophelia was recruited into Chaldea Security Organization, she became one of the 48 Chaldea Master Candidates and a member of A-Team. Ophelia plans to summon a Saber-class Servant, but she was particular with the race of the Heroic Spirit that she was going to be contract with. During her time in Chaldea, Ophelia developed a special bond of friendship with Mash Kyrielight.

Along with her fellow Crypters, Ophelia was originally killed during Lev's treachery, before she was revived by the Alien God to become one of his pawn against Human Order. After her revival, she was sent to a Lostbelt located in the Scandinavian Peninsula as a Scandinavia that is still in the Age of Gods, with most of the human population being in Sweden.

This Lostbelt diverged in 1,000 BC when Surtr ate Fenrir and absorbed its power, slaughtering the gods and being sealed away by Odin, resulting in an incomplete Ragnarok and a world where humans coexist with giants as a food source. Her Difference Depth is rank B+. Due to her former friendship with Mash, Ophelia shows qualms when facing Mash as her enemy, though she resoluted to defeat Chaldea Master to show Kirschtaria Wodime her loyalty.

After the defeat of Surtr, Ophelia was fatally exhausted and injured due to cutting off her connection with the fire giant. The Chaledea Crew immediately escorted Ophelia back to the Shadow Boarder, but not even Scathach-Skadi could treat Ophelia's wound.

Realizing that Ophelia was slipping away, Mash knelt beside Ophelia's deathbed and crying. Accepting her eventual fate, Ophelia gave her a warm smile and encouraged her, knowing that in spite of their difference, she believed that Mash and Ritsuka would be the one who could save humanity. After expressing her wish to be friend again with Mash, Ophelia spoke her final wish to Mash that one day, if they meet Napoleon once more, Mash shall tell him how beautiful his rainbow was. Then, while thinking about Napoleon's feelings towards her, Ophelia died in front of Mash with a smile on her face. 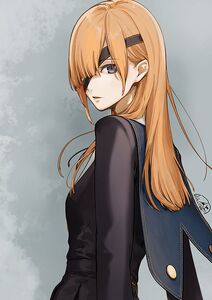 An artwork of Ophelia on the Tweeter account of her character designer, La-Na 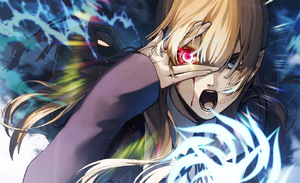 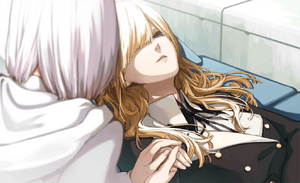 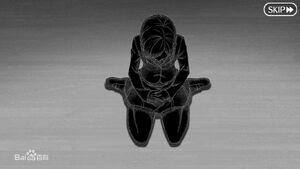 Ophelia as a child 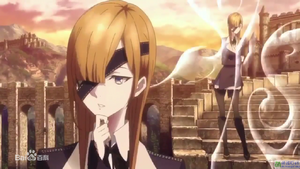 Retrieved from "https://villains.fandom.com/wiki/Ophelia_Phamrsolone?oldid=3753422"
Community content is available under CC-BY-SA unless otherwise noted.