Evil Wizards
The Oración Seis, known as the Six Demons, was a Dark Guild comprised of six incredibly powerful Mages. It formed a third of the Balam Alliance.

Their goal was to retrieve the Dark Magic "Nirvana" which was capable of turning "light" (good) into "dark" (evil). In other words, if this Magic was acquired, they could turn members of good guilds against each other and bring forth total chaos. They were, however, eventually defeated by the Allied Forces after initially crushing them.

When one of the Oración Seis members, Cobra, was first shown, just before the Oración Seis arc, he was in what appeared to be a huge fortress or castle. This fortress was presumably the location of their main headquarters.

Later, when they came to search for Nirvana, they resided inside a cave, which was actually residue of the Nirvit capital. It was destroyed by Natsu.

As a member of the Balam Alliance, Oración Seis possessed incredible Magic Power at its disposal. The six members of the Oración Seis alone supported a third of the entire Balam Alliance, which controlled virtually all the Dark Guilds. It was stated that every single member of Oración Seis was strong enough to take down an entire guild. Collectively, they were able to quickly defeat the numerically-superior Allied Forces (mainly: Jura Neekis and Ichiya Vandalay Kotobuki) without much effort, a feat made even more impressive by the facts that their leader was merely watching the skirmish and their trump card was asleep. Their power in conjunction with their maliciousness forced the Guild Masters of the most powerful legal guilds to create an alliance capable of opposing them.

The guild was created by a man who called himself "Brain". He took five children, former slaves from the Tower of Heaven who possessed the highest Magical potential there, and raised them to be members of the Oración Seis (and also made them his keys, which served the purpose of sealing his even-more-sinister alter-ego, Zero). Ultear was considered at one point to be either used for Brain's Organic Link Magic or to be one of the Oración Seis, but Brain decided that Ultear's Magic was too great that it did not need to serve his purpose.

The Reborn Oración Seis was a Dark Guild comprised of seven incredibly powerful Mages created from the ashes of the former Oración Seis.

Having 5 former members of the Oración Seis, which made up a third of the entire Balam Alliance, the Reborn Oración Seis possesses incredible Magic power at its disposal which has been improved even more after 7 years. However, to attain such powers, each member had to sacrifice something: For Erigor, it was his memories; for Racer, it was his feelings; for Angel, it was her lifespan; for Cobra, it was his right eye's sight; for Midnight, it was a future in which he would be reunited with his father. Klodoa's sacrifice, if he had to make one, is unknown. A seventh member, Imitatia, was a doll that Lucy Heartfilia owned when she was a child. To accomplish the Guild's goal, Midnight turned her into a human capable of withstanding even the Dragon Slayer Magic of Natsu Dragneel.

Following the defeat and dissolution of both the Oración Seis and the Reborn Oración Seis, most of its prominent members, Macbeth, Sawyer, Erik, Sorano, and Richard, had all joined Crime Sorciere by the request of Jellal Fernandes to take down all dark guilds and kill Zeref Dragneel. 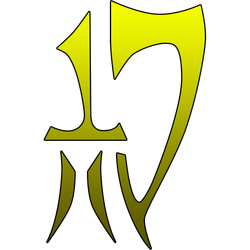 Symbol of the Oracion Seis 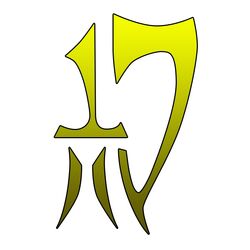 Banner of the Oration Seis guild 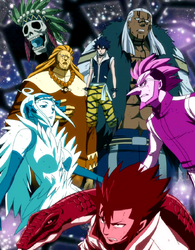 Members of the Oracion Seis 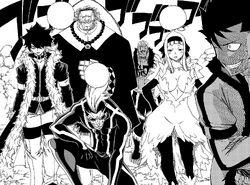