Fighting with anybody and everybody (even amongst themselves)

Depending on clans and species, but all involving tormenting humans.

Stock Brutes
Orcs are fictional humanoid creature that is major part of a fantasy race in Western folklores and fantasy tales.

Orcs are large, brutish, aggressive, repulsive, ungly, filthy and aggressive humanoid monsters found in modern fantasy and folklore, however the term "orc" is actually a fairly recent one - popularized by Tolkien and his depiction of the fearsome creatures in his Middle-Earth series.

Prior to this the closest thing to the word "orc" in folklore would be the infamous Orcus - an underworld god/demon who Tolkien may or may not have looked upon as inspiration for the name: despite sharing similar names Orcs are not generally depicted as demons and are certainly not gods either.

In fact, Orcs as everybody knows them today are comparable to Ogres, Goblins, and Bugbear in ancient folklore as well as the nomadic "wild men" that were popular in the medieval mind (no doubt inspired by the "pagan" tribes that still inhabited remote areas at the time).

Orcs are shown to be ugly, stupid, grotesque, and ill-mannered with a hatred of other races (save Goblins, which are often shown as allies of Orcs - sometimes Orcs are classed as a kind of Goblin).

Despite their stupidity Orcs are almost always depicted as being capable of forming basic and often warlike societies, gathering forces by which to raid human lands or even wage war on kingdoms: they are often depicted as having a strong bond with wolves or Wargs and may ride them into battle.

Orcs are usually depicted as strong and prone to extreme blood-lust, a trait they share with some depictions of Trolls - in almost all setting (save perhaps Warcraft and Elder Scrolls) Orcs are evil and will not tolerate the presence of other beings, attacking on sight and sometimes eating their enemies (other times they may enslave or simply scare them away).

Orcs vary from source to source but tend to either be green-skinned humanoids with large tusks and bulky muscles, pig-like humanoids or horrible disease-ridden creatures - their favored weapons are axes, shields, clubs or other basic weapon though some do practice magic or other more exotic methods of attack. 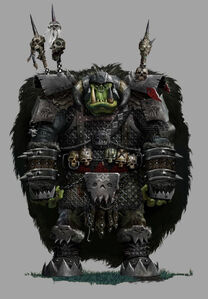 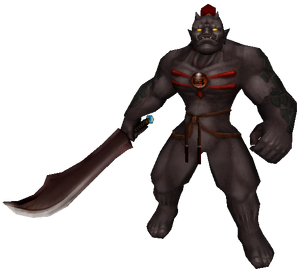 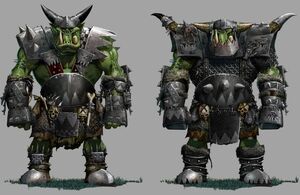 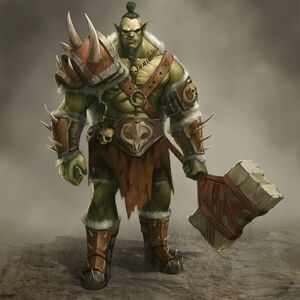 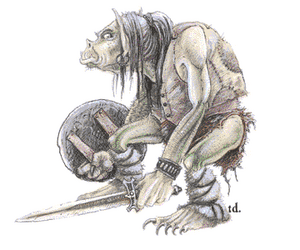 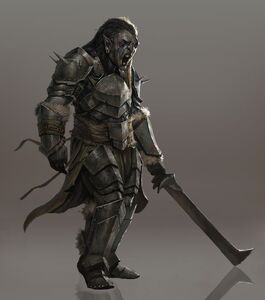 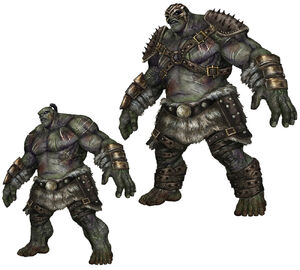 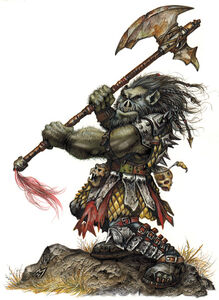 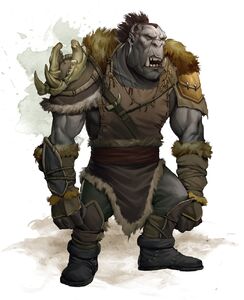 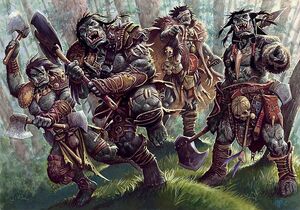 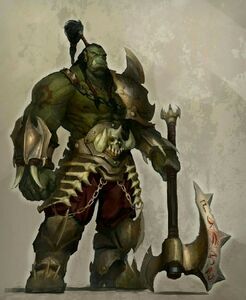 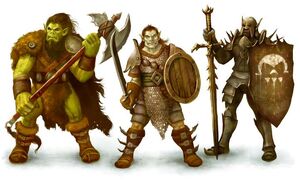 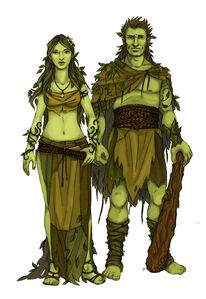 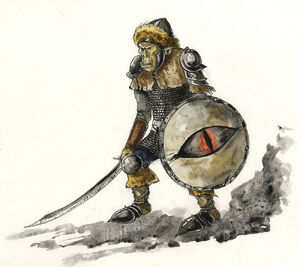 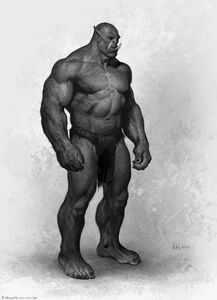 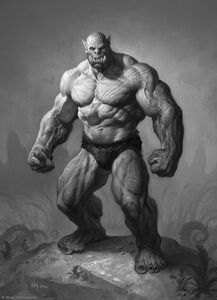 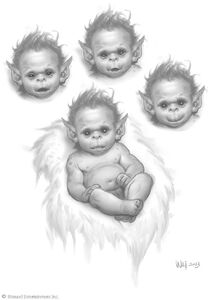 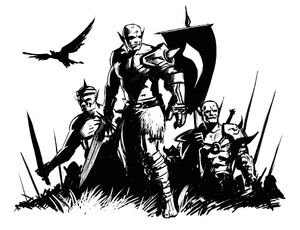