The Order of Salvation

Over 500 years after the creation of Nova Chrysalia.

Bhunivelze (founder and patron deity of the Order of Salvation)

To keep the peace in the city of Luxerion.

To preach both the worship of its patron god Bhunivelze and teachings of salvation in the coming of a new world.
To await the coming of their god's new world and achieve ultimate salvation.

The Order of Salvation (in Japanese: 救世院, Kyūsei'in?, lit. "Salvation Council") is a powerful religious organization based in the Luxerion Cathedral within the divine city of Luxerion and the main antagonistic faction in Lightning Returns: Final Fantasy XIII. The Order of Salvation is a spiritual sect of disciples led by a High Priestess, charged with not only keeping the peace in Luxerion, but preaching the worship of its patron god Bhunivelze and teachings of salvation in the coming of a new world, in fact, it has been said that Bhunivelze speaks directly to the High Priestess, and she then communicates her god's wishes to his followers and the general public. The Order of Salvation are at war with the Children of Etro, an opposing religious cult of the goddess Etro's worshipers whom they sees as a heretical band of terrorists.

The Order clergy consists of disciples whose positions include "Clerics", "Inquisitors", "Pilgrims", and "Servants" (especially to Vanille, whom they referred to as "Lady Vanille"). The Order's members wear long robes adorned with their symbolic gold crest that represents Bhunivelze and his power of light. Disciples dress in long black and gray robes and wear colored headdresses (red or gold for men, blue for women), golden or black masks which covers the upper half of the wearers' faces, and mechanical backpacks. While male Salvation member wear colored wigs that frame their faces, some female Salvation members wear black beret-like caps, simple headpieces, or have hair highlights and the female members' garments have a plunging neckline covered by sheer mesh. The High Priestess wears a red and yellow ensemble with a gold backpack, a golden mask, and a golden crown-like headdress. The Order's military force known as the Secutors consists of sentries who dress in fitted gray uniforms with golden pauldrons and a golden headpiece with a large red crystal. They act as guards but also carry out the Order's missions outside of Luxerion, mainly in the Dead Dunes, seeking a divine relic called the Holy Clavis, which is said to summon the souls of the dead.

The Order was established in the aftermath of Nova Chrysalia's creation and Bhunivelze's awakening to preach the teachings of their God and spread the word of the coming of a new world. The Order of Salvation opposes the Children of Etro, a cult of white-robed 'heretics' who shun Bhunivelze and the Order's sermons and worships the goddess of death, Etro. While the Order simply preaches for mankind's salvation, the Children of Etro are fanatical rebels who take matters into their own hands, ranging from moderates to violent extremists. While the Order is based in Luxerion, they have influence across the whole of Nova Chrysalia, with the exception of the Wildlands.

The Order was established in the aftermath of Nova Chrysalia's creation to keep the people from breaking down when Hope was abducted by Bhunivelze, restoring some sense of society in Luxerion. As followers of the God of Light, the Order preaches that carrying out Bhunivelze's will is the way for everyone to achieve salvation in the new world. They are brought under the impression that the dead are too impure to join them and act on Bhunivelze's beckoning to destroy the dead so they will not be burdened by their memories of them when they begin anew. This accumulates in the Soulsong, a ceremony that can only be performed on the world's final day by the sacrificial offering of an individual who can hear the dead.

13 years ago, taking her and Fang when they awoke from crystal stasis, the Order of Salvation learns that Vanille (whom they referred as "Lady Vanille") is the sacred one they need and keep her under their constant protection, hiding the full truth of the Soulsong from her. When Fang learned the part of the Soulsong that involves Vanille's death, she leaves for the Dead Dunes to find the Holy Clavis needed for the ritual.

As the world is set to end in thirteen days, Bhunivelze's chosen "Savior", Lightning, travels to Luxerion. She finds the city terrorized by the Children of Etro, who are killing pink-haired women who resemble her. Asked to investigate the murders by an Order inquisitor, Lightning falls under threat from the Children of Etro and is stalked by the "Shadow Hunter", who turns out to be Noel Kreiss. Lightning puts an end to the Children of Etro's murders and Vanille hears of her exploits in the city. Lightning gains access to the cathedral and reunites with Vanille, who is joined by Lumina. Vanille leads Lightning to a chamber underneath the cathedral called God's Sanctum, where millions of souls trapped within the Chaos have gathered over the centuries. Lumina explains the Order of Salvation plans to free the souls of the dead from their suffering and needs Vanille to call out to them. When Lightning and Fang find the Holy Clavis in the Dead Dunes, the Order's Secutors steal the relic, having been led to it by Lumina, and take it to Luxerion.

On the final day, the High Priestess of the Order announces the beginning of the end and calls for the people to gather on the cathedral steps and pray to Bhunivelze for salvation in the new world. Once preparations are complete, Vanille begins the Soulsong in God's Sanctum before Lightning and Fang interfere and reveal the Order's true goals the former learned from Lumina. The High Priestess defends their resolve by explaining that those who failed to endure the centuries are unworthy to Bhunivelze as he demands pure and untainted souls for his new world, even using manifested Sets to convince Vanille to continue. After Vanille listens to the dead and discovers they still carry hope despite their suffering, she stops the ritual and decides to guide the dead to the Ark so they can be reborn in the new world. The High Priestess strikes down Vanille and has the Holy Clavis drain Vanille's life to complete the ceremony. With the timely arrival of Snow Villiers, the clavis is destroyed with the High Priestess obliterated by the resulting explosion and the Order ceases to be once the final day passes. 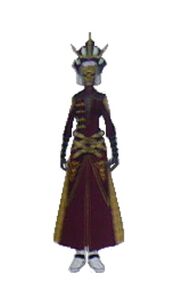 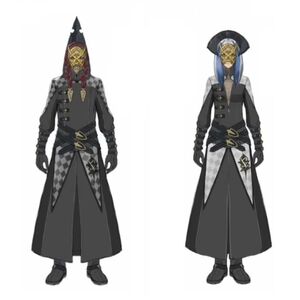 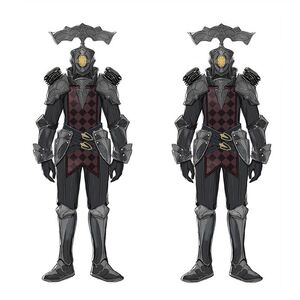