Order of the Blood Moon

Order of the Blood Moon

Briefly revived and dissolved once more in 2013 A.D.

Destroy Sisterhood of the Radiant Heart (as Sisterhood did to them in the past).
Possess living in order to walk the earth once more.

Evils from the Past

The Order of the Blood Moon is a major antagonistic faction in Sleepy Hollow TV series. It is a dark coven, a group of evil witches that serve Moloch. Their high priestess was Serilda of Abaddon 250 years ago, and they are rivals of Katrina Crane's coven Sisterhood of the Radiant Heart. The organization was probably disbanded after Katrina defeated Serilda and let her burned alive by executioners.

From 1712 to 1816, over 100 witches of the Order were executed in Sleepy Hollow. They were then buried in the munition tunnels. During the Revolutionary War, the Order under Serilda had aligned with British. In that time they had attacked a camp near Albany, New York, leaving burnt corpses for the 37th Regiment. However, the Order then lost their high priestess Serilda when the leader of the Sisterhood of the Radiant Heart, Katrina Crane weakened her powers. Serilda was then burned at stake by Magistrate Robert Daniel Furth. Before dying, she vowed that the ashes of Furth's descendants would bring about her return.

In 2013, Moloch had his servant, Andy Brooks, bring Serilda back to life. Serilda then collected the ashes of Furth's descendants, Jeremy Furth and the last Hemmington. She was able to return to her full form, but obliterated by Ichabod Crane and Police Lieutnentant Abbie Mills. However, the explosion scattered her and other witches ashes into a part of the Hudson River affecting people such Vivian Apfel, Hannah Schneider, and people at the Harvest Festival. They were possessed by the Order's witches. Luckily, Crane was able to clean the ashes off the people using a lightning to purge the people in the Hudson. 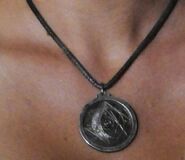 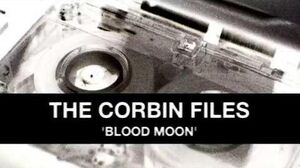 The Corbin Files Blood Moon
Sheriff August Corbin's recording on the Order of the Blood Moon, with Corbin's narration voiced by Clancy Brown.