Order of the Sword

Nearly 2,000 years ago since Sparda's stay in the island city of Fortuna after he defeated the demons and saved the Earth.

Sanctus (once current Vicar of Sparda)

Cleanse and take over the Earth.

Experimentation of both human and demon subjects
Attempted theocratic dictatorship

The Order of the Sword (in Japanese: 魔剣教団, Maken Kyōdan) is a militant religion and a theocratic society of fanatical devil hunters which started out as a small congregation from the shores of their isolated home island of Fortuna, and it is ever present in Devil May Cry 4.

They believe that centuries ago the Legendary Dark Knight Sparda once served as the feudal lord of the city of Fortuna and reigned over the island. They forever worship him as a god and wishes to eradicate all demons in his "holy" name. All the native townspeople of Fortuna including children are members of that faith which dictates every aspect of their daily lives. The townspeople wear cowls with the insignia of the sword of Sparda on them, and live pious yet modern day lives, peacefully worshiping Sparda among their different and daily activities while the Order of the Sword act as the guardians of the island and protecters of its people. Every year the Order of the Sword celebrates the Festival of the Blade, the day that all of the faithful remember Sparda's "great sacrifice".

The Order of the Sword is headed by Sanctus, the holy priest of the Order and Vicar of Sparda who is killed by the Son of Sparda, Dante at the beginning of the game. He was later resurrected though the power of the Ascension Ceremony. The Holy Knights of the Order were previously lead by him, but now the current Supreme Commander of The Order is Credo. Knights all wear uniform clothes and swords while still bearing their crest that resembles the sword of Sparda, designed by Agnus, the Order's Chief Alchemist. Other notable members include Nero and Gloria, as well as Kyrie, who was the songstress for the Festival of the Blade this year, though it is never clear if she is actually member of the Order or not.

Sometimes in the past before Devil May Cry 3 eldest child of Sparda, Vergil exploited this during his on the Orders’ true intention and their connection to Sparda.

Knights of the Order

The Knights of the Order (in Japanese: クニツ オフ ス オーダー, Kunitsu ofu su Oodaa) (also sometimes referred to as Holy Knights (in Japanese: ホリー クニツ, Horii Kunitsu)) are merely the human guards dressed in Templar uniforms similar to those of the townspeople of Fortuna and these soldiers are still part of the Order of Sword. These knights are loyal to the Order, and they are being commanded by Sanctus, Credo, or Agnus. Otherwise, they are known to be the "puppets" of the Order but they referred to as "warriors" or the "faithful".

The Order of the Sword originally began as a small congregation living in the isolated island of Fortuna centuries ago. They believe that the great demon hero Sparda served as the feudal lord of the Castle Town of Fortuna after his war with the demonic forces of Hell long ago. Up to this day they still insisting these legends as truth and even worship him as a deity, a god. They incorporated the image the Dark Knight's beloved weapon, the sword Sparda into their faith as a sacred symbol as well as their emblem. Those same people formed the Order of the Sword: a religious organiztion of devil slayers who praised Sparda and seek to purge the world of evil in his name. Under the care of the Order, each native citizen of Fortuna including every man, woman and child are members of the Order of the Sword which dictates all aspects of their lives. The townspeople wear cowls with the same insignia of the sword of Sparda on them, and live a pious yet modern day community, peacefully worshiping Sparda among their different and daily activities while the Order of the Sword themselves, including its sect of demon-slaying solder knights called Holy Knights act as the guardians of the island and protecters of its people.

The townspeople of Fortuna under the Order of the Sword's guidance, built among the buildings in their city, the Castle Town of Fortuna which sports distinctive Renaissance architecture within their homeland's southern section, a cathedral (sometimes erronously called "Church of Sparda"), a port named Port Cealua and even a large business district. Outside the town lies Lamina Peak (Latin: "Layer" Peak), a snowy mountain range with an extensive network of mining and tunnels, is located in the north pf the island. At its base lay the "Ferrum Hills" (Latin: "Iron" Hills), surrounding a small mining village. Above Lamina Peak rises Fortuna Castle. This majestic, although somewhat eerie castle built by the Order of the Sword, contains two halls, some smaller rooms (a dining room, a gallery, a library, and, interestingly, a torture chamber), a central courtyard and even a graveyard where they they've buried some of their fallen warriors, deceased friends and relatives, and beloved matyrs. Interestingly enough, The Order of the Sword even held furneary services within the Castle's grand hall where they and the citizens of Fortuna attended around the stone coffin where each of the Order's leaders and prophets is buried during the funeral before their burial. Separated from Lamina Peak by a bridge through the enormous "Foris Falls" (Latin: "Gateway" Falls), the vast jungle-like wilderness called the Mitis Forest (Latin: "Mild" Forest) which engulfs much of the rest of the island. It is cut across by the "Lapis River" (Latin: "Stone" River). Here can be found old ruins of a church, a training ground, and some other buildings which used to belong to the Order of the Sword. The main headquarters of the Order of the Sword is an immense fortress on the eastern side of the island, built above the ocean itself. From Gran Album Bridge, which connects the Headquarters with the mainland, opens a beautiful view: a snow-white citadel rising to a tremendous height. The Headquarters themselves are split into two parts. They are connected by a bridge, which is held in upper position by demonic trees, whose roots reside in a study room. The second part seems to be more focused on administration and the Order's projects: there is the Meeting Room, the Ascension Chamber, and the Advent Chamber which housed the dormant form of a gigantic demonic statue called the Savior (which has the same alias for Sparda within the Order's beliefs system) built in the image of the Legendary Dark Knight. Every year, the Order of the Sword held and celebrates the "Festival of the Blade" a 'holiday' which retells the history of the "holy" demon Sparda and memorized the day of his "ultimate sacrifice", for all of the faithful to never forget.

The Order of the Sword has change recently: they have been collecting Devil Arms and even capturing demons for some time now before game, in order to create minor Hellgates across the island. In turn, the Hell Gates were needed to summon demons and thus provide the Order with the material to build their weaponized demons (the Angeloes and other lesser demons ). The Order of the Sword also created and power the Ascension Ceremony, a mystical ritual that can transform all members of the Order into angelic-looking demons with phenomenal powers. And to power the giant statue of Sparda, the Savior. It is filled with millennia of vast demon energy and spiritual matter, thanks to the efforts of the Order. All that it is needed is the blood of Sparda and his ancient blade. Once all that is complete, the Hellgates will open and let loose the demons out into the human world, then the Order of the Sword will unleash their "angels" and their ultimate weapon in their mission to exterminate every last demon on Earth and change the world forever.

The Order's weapon craftsman Agnus, with his research and their technology creates extraordinary weapons, weapons that have special abilities (mostly swords), to protect the Order at all costs. Here are some of them:

The Plan to Initiate Judgement Day

Agnus then proceeded to a secret chamber beneath the Opera House to open the Hell Gate in the City of Fortuna using the Yamato blade on the enchanted platform. The black monolith was moving, then breaks open, releasing hundreds of invading demons and causing havoc upon the City of Fortuna as its citizens fled in terror. The Order of the Sword's transformed Holy Knights as Alto Angelos (Italian: "High Angels" or "Archangels") followed by their artificial "angels" Bianco Angelos (Italian: "White Angels"), came to "save" the frightened people and soon the Savior appeared, eradicating all the demons. Sanctus cried out that the people should not fear his creation is their messiah incarnate and that "he" will soon deliver them salvation. However while Trish already started evacuiating the people away from the chaos of the city, Dante managed to destroy the other three Hell Gates and take Yamato from Agnus He then destroyed the true Hell Gate and confronted Agnus as an Alto Angelo. Dante destroyed this empty puppet and attacked the Savior in an attempt to get at Sanctus, who was inside. Though unable to get inside himself, Dante managed to send Yamato into the creature, allowing Nero to escape his confinement.

After fighting his way to the Sacred Heart of the statue, he was confronted by Sanctus in his true demon form, Sanctus-Diabolica. However Nero defeated him and the former holy man even in his matyrdom again, demanded to know why the spirit of Sparda would not give him the power to finish off his enemy. Nero told him that even though the Legendary Dark Knight was a demon, yet the kind of demon that still had a heart and the capability to love another person, something that Sanctus lacked.

Nero proceeded to slay him and escape the Savior with Kyrie, though the battle was never over yet. The Savior bonded with what remained of Sanctus to become the False Savior in one last attempt to finish off Nero. However this form was much weaker and Nero managed to finish it by crushing its face in the Devil Bringer. The island of Fortuna is rescued from the demonic invasion and the modern Human World was safe, Dante and Trish left. The Order of the Sword could no longer continue in bringing about the apocalypse and conquering the Earth. Even some large number of them, still alive, finally realized they have done was wrong and returned to the protection of the City of Fortuna and most importantly, to the peaceful worship of the Legendary Dark Knight Sparda. 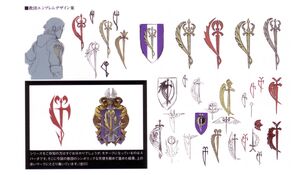 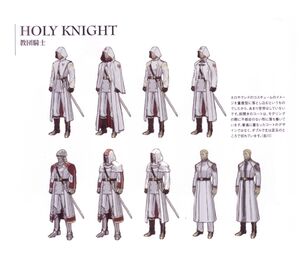 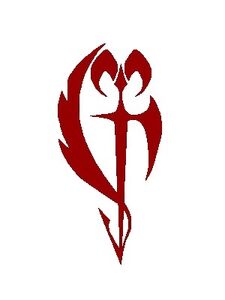 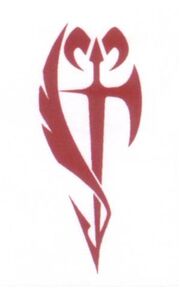 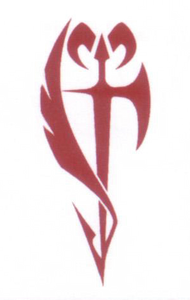 Retrieved from "https://villains.fandom.com/wiki/Order_of_the_Sword?oldid=3554465"
Community content is available under CC-BY-SA unless otherwise noted.