Help Hearts overthrow and destroy the Omni-Kings and rule the multiverse.

Artificial Thrill-Seeker
Oren is an antagonist from the Super Dragon Ball Heroes series. He and his twin sister Kamin are artificial lifeforms created by the Tuffles of Universe 6 to be the ultimate artificial beings and now are members of the Core Area Warriors.

He was voiced by Yuuta Kasuya.

Oren is a very violent individual, as he enjoys battles simple-mindedly.

Oren's appearance is of a neo machine mutant Tuffle. He wears a blue jacket.

Oren and Kamin were created by the Tuffles of Universe 6 to be the ultimate artificial beings, however they were too strong and so the mortals tried to destroy them, only causing Oren and Kamin to become enraged by this and they decided to wipe them all out. 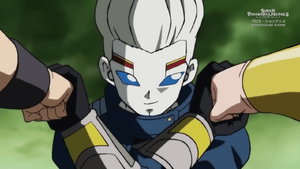 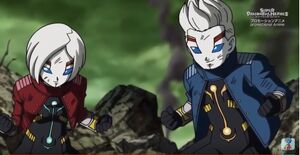 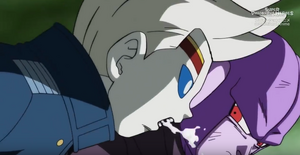 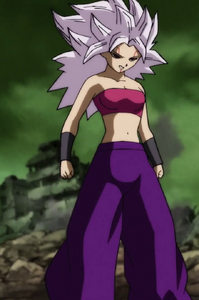 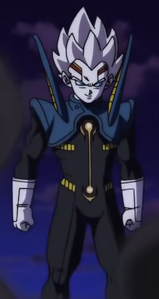