Orie Chef, also known as Marjorie Chef, Marjorie Sy, Rorie or simply known by her nickname Marj, is an internet-urban legend which originates from Facebook. She is said to be a cannibalistic woman who likes to eat children. The legend about her became famous in 2018.

The legend became famous after a user posted an article on 4chan about the topic, showing a Facebook screenshot of Orie Chef's comment. People ended up translating Chef's comment, finding out that Orie Chef wrote that she wants to get cremated first, before her husband, and that she has a friend named Susan, which is still single. People which visited Orie Chef's Facebook account, could find gore images. The 4chan user which created the post about Orie Chef ended up getting in contact with her, asking her questions about her other profiles.

Orie Chef briefly explained that all of the accounts were created because of Facebook video-games. On the Facebook page, Orie Chef posted gore images and she posted family-photos. Orie also posted a image of her family-tree, where it's written that Calleja is her last name, which created confusion from where does the term Chef comes from. It is also noted that on one of her accounts, Orie Chef posted that she wants to harm her children.

Orie Chef got a lot of exposure, after she shared images of another woman looking very foreboding. Orie ended up making a post about the woman. In the post, then said that the woman's name was Daphne and that she was her father's friend. Orie goes on to say that she is twenty-six, and that she was eight when the tragedy happened to Daphne. It appears that Daphne told her father that she wanted to do surgery, to look more beautiful.

The father ended up visiting Daphne to find out that Daphne was dead. Daphne ended up committing suicide by cutting her head with broken glass. After the backstory, Orie tried explaining that Daphne is haunting Orie down and that she is totally destroying her dreams. 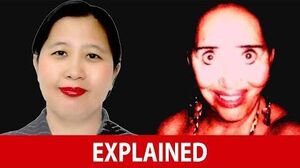 Who Really is Orie Chef? 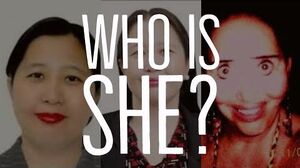