Source and the manifestation of Life Fibers

Bigger Bad
The Original Life Fiber, also known as the Primordial Life Fiber, is the overarching antagonist of the 2013-2014 anime Kill la Kill. It is an extraterrestrial entity that is the source of all parasitic Life Fibers produced from it.

The Primordial Life Fiber is a colossal being with a large gourd shape and thousands of Life Fiber threads covering it like a cocoon. It glows a yellow to red color.

Thousands of years ago, the Primordial Life Fiber first landed onto Earth from space. It then unleashed Life Fibers into the world, feeding on their organic hosts and covering them. However from time to time, they instead started to focus on modern humans due to their advanced development of the cerebellum, but soon left humanity with an occurring instinct to cover themselves with clothing before becoming dormant. Prior to the start of the series, Ragyō Kiryūin was the first human to discover the Primordial Life Fiber, with intentions to use it to cover and enslave Earth. At some point, it was moved and then resided underneath the Kiryūin mansion.

In Episode 16, the Life Fiber first appeared as Ragyō introduced it and it's origins to Satsuki, stating that COVERS will soon be induced to "seal humanity's fate" after the Life Fibers coated the planet with them.

In Episode 23, it was summoned by Ragyō to assist her plans. However, the Primordial Life Fiber was seemingly destroyed by Ryuko Matoi when she cuts through the core in half with help from the S.S. Naked Sun. 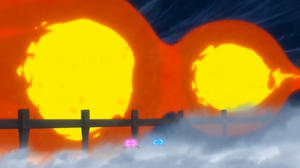 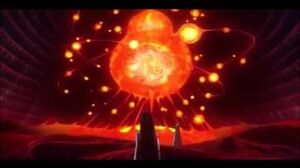 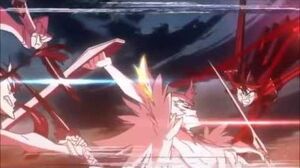 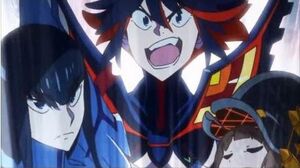