Orochi is the name of the devilish five-headed dragon that terrorizes the Land of the Rising Sun, Jipang, which is Japan's equivalent in the real-life like world of Dragon Quest III. The Hero must find it in the Cave of Jipang and defeat it to earn one of the six orbs and free Jipang of its grasp.

This monster continously demands young maidens from the townspeople of Jipang or he will emerge to destroy the whole land. The Queen, Pimiko, is reluctant to change this tradition and to receive any strangers that are willing to do something.

The Hero and his party, nonetheless, must charge into the Lair of Orochi and defeat the fire-breathing five-headed dragon. The fiend will proceed to escape via a teleportal on the back of his lair, one that takes him and the chasing party to the throne room of Jipang's Palace. It is revealed to them and the ones beholding the scene that he was impersonating Queen Pimiko all along and enters combat with the heroes again for round 2. It is here where the protagonist and his friends must defeat him for good.

It's also a recurring monster in the Dragon Quest Monsters spinoffs where it can be synthesized using four giant monsters: A Wormonger, a Missing Lynx, a Bjorn and an Empyrea. Orochi is an X rank monster, one of the more powerful ranks. Its specialty are breath attacks but it also hits quite hard. It has its own skillset, named Orochi, like the other giant monsters. If not given a command, it will attack four times as a move, and can move 2 to 4 times. 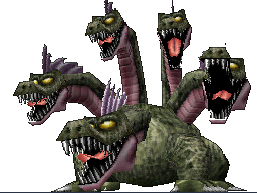 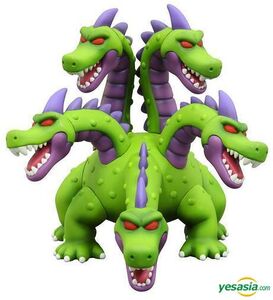 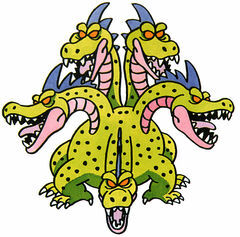 Retrieved from "https://villains.fandom.com/wiki/Orochi_(Dragon_Quest)?oldid=3592913"
Community content is available under CC-BY-SA unless otherwise noted.