Villains Wiki
Register
Don't have an account?
Sign In
Advertisement
in: Deities, Dark Forms, The King of Fighters Villains,
and 32 more

Orochi (The King of Fighters)

The King of Fighters '97

Guardian of nature
Founder of the Hakkeshu

Destroy mankind to restore Earth to its former beauty (failed).

Orochi is a deity who serves Gaia, being the guardian of nature. He watched over nature since ancient times, creating a clan and forming the Hakkeshu, who were the eight strongest warriors of his clan. As mankind grew in numbers and populated most of the planet, nature started to become unbalanced. 1800 years ago, Orochi simply decided that humanity had to be exterminated, spreading chaos through the world. Humanity fought against him and his clan, and Orochi was defeated by the combined forces of the clans of Kusanagi, Yasakani and Yata, who used three sacred treasures to seal him away.

The Hakkeshu attempted to break the seal by pitting the three clans against each other. The Yasakani became mortal enemies of the Kusanagi, changing their name to Yagami. Goenitz, the recent leader of the Hakkeshu, started a plan to break the seal of Orochi. He fought a crime lord known as Rugal Bernstein, taking his right-eye and giving him a portion of Orochi power in hopes that he would become one of the Hakkeshu. Rugal hosted the King of Fighters tournament twice and was defeated by Kyo Kusanagi, so the Orochi power consumed him in the end. Chizuru Kagura, heir of the Yata clan, hosts the tournament again in hopes of convincing Kyo Kusanagi and Iori Yagami on giving up their vendetta and joining to defeat Orochi, but Goenitz interferes. Goenitz is defeated and disappears, so Yashiro Nanakase, another member of the Hakkeshu, hosts the next year tournament to gather enough energy to awaken Orochi, aided by his fellows Shermie and Chris. Yashiro succeeds, and Orochi possesses Chris's body, reshaping it to look older and tougher. Although weakened from his seal, Orochi wants to resume his plan to wipe out humanity. Kyo, Iori and Chizuru join their forces and defeat Orochi, sealing him once again. After the defeat of Verse, Orochi managed to return in Hungary in a weakened state, although he was quickly sealed away again by the Three Saced Treasures.

Orochi is a powerful being that plans to serve Gaia by all costs. It will protect her from anything, even from what she created herself. It shows no mercy to humans, citing their sins and their harmful self-destructive acts, although it grudgingly does acknowledge their potential to be able to change for the better. 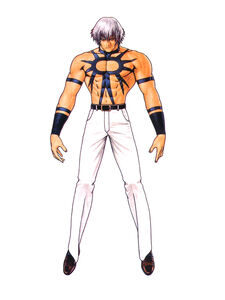 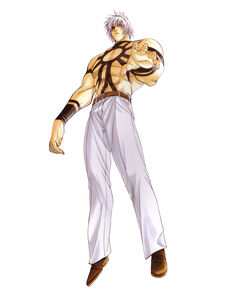 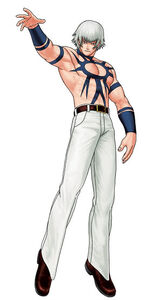 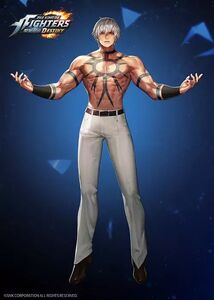 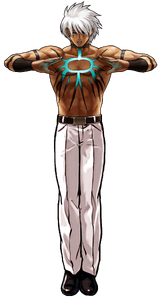