Rule the world with their bioweapons (ongoing).

Oscorp is a megacorporation founded by their namesake CEO Norman Osborn for world domination and later becomes under the control of his son Harry Osborn. It is one of many antagonistic factions in the Marvel Comics universe.

According to the Forbes magazine, highlighting the 25 largest fictional companies, Oscorp had an estimated sales of $3.1 billion, ranking it at #23.

This multinational conglomerate is based out of the Oscorp Tower in New York. It was created and run by its CEO Norman Osborn. Norman studied chemistry and electrical engineering in college. He also took a number of courses in business administration. Norman Osborn's teacher, Professor Mendel Stromm, formed a business partnership. Since Norman put up the bulk of the financing, they called their company the Osborn Corporation or Oscorp.

Dr. Nels Van Adder, a research assistant, helped Dr. Stromm at Oscorp developed a performance-enhancing formula that would later be dubbed the "Goblin Formula". Later on, this proved to be another failure for Oscorp as Norman Osborn died which left his son Harry to run the company. Since then there hasn't been one update on any projects that could help mankind. But there have been rumors that there still are experiments going on in the locked up basement of Oscorp to date. While Harry Osborn hasn't been seen in months, there has been speculation that he could have been an Oscorp guinea pig and that he had been killed. There also have been rumors that Spider-Man has been linked to the problems somehow given that he has strange superhuman powers.

Mendel Stromm's early research was on a chemical that would provide enhanced strength in its test subjects and would eventually turn Osborn into the Green Goblin. Osborn, wanting the formula for himself, discovered that Stromm had been embezzling funds from Oscorp. Stromm explained that he was merely borrowing but Osborn turned him over to the police. After several years in prison, Stromm was released and tried to kill Osborn for revenge using evil robots. He was stopped by Spider-Man and seemingly died of a heart attack when he was nearly shot.

It was later revealed that Norman Osborn, under the guise of "Mason Banks", created the corporation in order to leave a strong empire for his grandson and establish an empire for the Osborn legacy. Their headquarters, Oscorp Tower, was the former headquarters of Oscorp.

By 2099, Alchemax would eventually control most aspects of daily life in a possible future.

In the Ultimate Marvel universe, Oscorp is much the same as in the Earth-616 version. The company is owned and operated by Norman Osborn who developed the Oz serum and the spiders who gave Peter Parker, and later Miles Morales, spider-powers.

After an incident in which Osborn injected himself with Oz serum, a big portion of the main building was left in ruins, and numerous scientists died. Osborn Industries had been mentioned to still produce technologies.

Oscorp is featured in the 1994 cartoon show Spider-Man: The Animated Series. Norman Osborn hires Spencer Smythe to create a weapon to destroy Spider-Man by creating the Spider-Slayer. The deal made with Osborn meant that Norman would build a hoverchair for Spencer's paralyzed son, Alistair. The Slayer unintentionally captured Flash Thompson dressed as Spider-Man, and the real Spider-Man came to his rescue. he led to a large scale fire in the Oscorp plant. Norman Osborn quoted to Spencer "Remember our deal. No Spider-Splat, No Hoverchair.". Spencer chose to stay behind and finish Spider-Man off while Norman got Alistair to safety. After the Spider-Slayer was destroyed by Spider-Man, Oscorp exploded and Spencer supposedly perished. However, Spencer had survived, having been found by the Kingpin. Norman invented the technology which would create the Hobgoblin and hired him to assassinate Kingpin. The assassination was foiled by Peter Parker and the Kingpin suspected a conspiracy against him. Norman subsequently fired the Hobgoblin, who allied with Kingpin and kidnapped Norman's son Harry. When the Kingpin refused to pay Hobgoblin immediately, they ceased their partnership. Following this, Osborn sold 50% of his company to the Kingpin in order to repay his debt. Norman and his partner Wardell Stromm were forced into creating chemical weapons for the Kingpin. An unstable reaction resulted during one experiment and Norman seemed to have perished in the explosion. However, Norman had survived the explosion, his strength enhanced by the gas from the explosion, and this combined with the Hobgoblin weapons created the Green Goblin. He then began kidnapping the Oscorp stockholders, although Spider-Man uncovered an underwater base where the Goblin intended to kill them. Fighting the Goblin, Spider-Man unmasked him. Amnesia ensued and Norman was unable to remember his dual identity. The following morning, Norman publicly announced that Oscorp would no longer be involved in the creation of chemical weapons.

Oscorp is featured in The Spectacular Spider-Man. Oscorp is the leading chemical manufacturing firm (which also had research divisions that dealt in other areas) that is based in New York City and was founded and owned by the ruthless businessman, inventor, and gifted chemist named Norman Osborn. At some point, Norman came across a chemical formula with the intention of using it to increase a person's intelligence and physical strength. Osborn tried to recreate the chemical (secretly) and used small doses of it. The formula indeed increased his intelligence and strength, but it also drove him insane. He created a Halloween-like costume for himself which he colored green after the solution and named himself the Green Goblin for which his major objective was to become the reigning crime boss in New York and to kill Spider-Man.

Oscorp is featured in the Ultimate Spider-Man TV series.

Oscorp made an appearance being in the 2002 Spider-Man film and its sequels.

Oscorp appears in The Amazing Spider-Man film series. In the series, Oscorp is portrayed as a powerful but very corrupt scientific corporation headed by Norman Osborn, who uses the company's vast resources in various attempts to find a cure for his terminal disease. The corporation is involved in a variety of illegal conspiracies, such as the framing and murder of Richard and Mary Parker, and the development of the spider-venom that gave Spider-Man his powers. Oscorp's scientific experiments and illegal activities play a role in the development of several supervillains, including the Lizard, Electro, the Green Goblin, and the Rhino. Additionally, Oscorp has control over the Ravencroft Institute for the Criminally Insane, in which they perform illegal and inhumane scientific experiments on the institute's mental patients. These experiments are overseen by a mad scientist named Dr. Ashley Kafka.

Oscorp appears in the 2002 Spider-Man videogame. The company in the game parallels that of the film, with Norman Osborn and his scientists attempting to capture Spider-Man in order to study his genetics to perfect their own contracted super-soldier serum. After a number of failed attempts to capture Spider-Man using Oscorp robots, Norman subjects himself to the serum and becomes the Green Goblin.

Oscorp appears in Lego Marvel Super Heroes. The Avengers seem to be unaware that Green Goblin is Norman Osborn since they did not know why he went to Oscorp.

Oscorp made an appearance in Marvel: Contest of Champions. 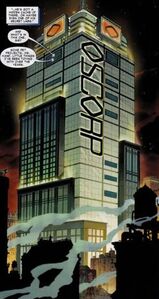 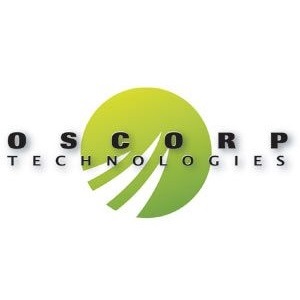 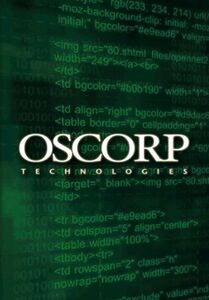 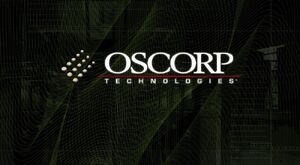 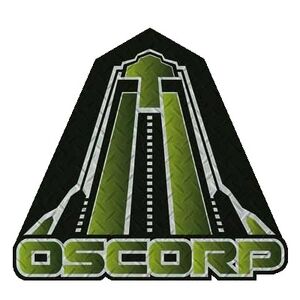 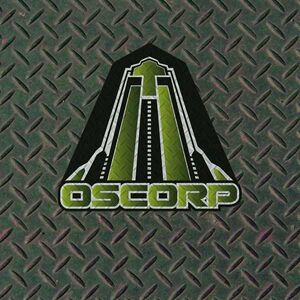 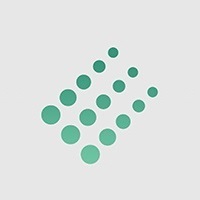 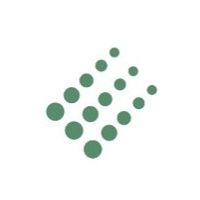 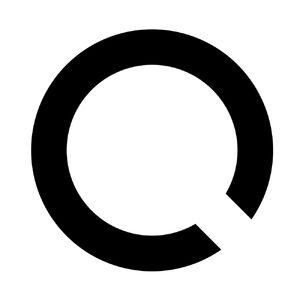 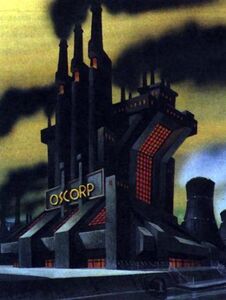 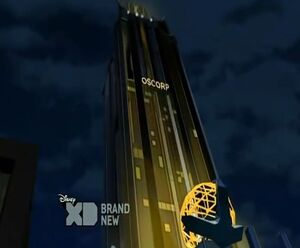 The Oscorp Tower as seen in Ultimate Spider-Man. 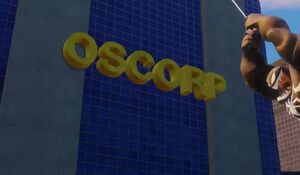 Venom web swinging past the Oscorp Tower in Marvel's Spider-Man Play Set.
Add a photo to this gallery

Retrieved from "https://villains.fandom.com/wiki/Oscorp?oldid=3551356"
Community content is available under CC-BY-SA unless otherwise noted.