Mutation due to Las Plagas

Lord Osmund Saddler is the leader of the religious cult Los Iluminados and the main antagonist of Resident Evil 4 and its 2023 remake.

He was voiced by Michael Gough, who also played Gnasty Gnorc in the Spyro the Dragon franchise, Agent Smithson in Disney's Recess: School's Out, the Dragon in Disney's Timon & Pumbaa, Tim Scam in Totally Spies, Lord Hertford in the 1996 animated version of The Prince and the Pauper, and Samuel in Disney's Tarzan.

Saddler is a mysterious bio-weapons research chief who somehow learned the existence of Las Plagas, parasitic organism which served as the focus of Los Illuminados' worship. Not much is known about his past, other than the fact that his non-Spanish name betrayed his status as an outsider and he had obtained enough materials for bio-weapons research along with resources to fund a paramilitary organisation, all of which is necessary to revive Los Illuminados cult.

Some time before the year 2004, Saddler met Ramon Salazar, the castellan and ancestor of the Salazar family that had sealed the Las Plagas within their castle. Taking advantage of Ramon's isolation and loneliness, Saddler used his charisma to convince the eight castellan that his ancestor had committed a great sin by sealing the Las Plagas and stopping the Los Illuminados, leading to Salazar resolving to undo the seal placed on the Las Plagas parasites to atone for his ancestor's "sins."

Now with Salazar's backing and fortune, Saddler hired workers from the nearby village to mine the parasites, which had been fossilized and seemed dead. However, the spores from the fossil still lived and when the miners breathed them in, Las Plagas developed within them many years later. Following this discovery, he established a large research complex and military base around ancient ruins on a nearby island to study the Plaga and over time genetically-engineered as many as three new species, which were significantly more difficult to be removed from the host; Recessive Plagas (plaga strain that took over the host), Master Plaga (which endows the host ability to mutate at will as well as command over hosts of Recessive variant), and Queen Plaga that can asexually produced more eggs.

Since then Saddler was able to infect people with the parasite by injecting them in egg form into the people, using this to turn all of the villagers into his cultists. He also injected himself with a Master Plaga, so that he could mentally control the cultists. Saddler then set out to take control of the world with his parasites and when Jack Krauser brought him the U.S. President's daughter, Ashley Graham, a plan began forming in his mind. He planned to infect her with one of the parasites, then send her back to her father for a ransom, so that she would infect the president as well, putting the U.S. under Saddler's control. He would then proceed to Infect the rest of the world with Las Plagas, allowing him world domination.

However, Leon S. Kennedy was sent in to retrieve Ashley and managed to get into the Los Illuminados' church, where he freed her. It was then that Saddler showed himself and explained his plan to Leon, before having some of his cultists attack them, though they escaped. Later, when Luis Sera, one of Saddler's researchers, tried to gave Leon a Master Plaga sample, the cult leader appeared and killed him, then took the sample, though Luis did give Leon a pill to suppress the control of the parasite inside him (if the eggs had not hatched, the medication would have killed the egg).

Saddler appeared before Ashley and Leon a number of times, using his powers to control their increasingly Plagas infected bodies. He later sent Jack Krauser to try and kill Leon, but did not fully trust him and only wanted a way to be rid of him. After Ashley was recaptured, Saddler brought her to an island full of parasite controlled mercenaries, with Leon hot on his trail. When the agent tried to rescue Ashley, the cult leader used his powers to control his body, but Ada managed to distract Saddler long enough for Leon and Ashley to get away and use a device to remove the Plagas from their systems.

The agent then confronted Saddler for the final time on a platform above the island, who attempted to control him again but Leon revealed that that would not work anymore. The cult leader mutated into an enormous spider-like monstrosity and battled Leon, but was destroyed with a rocket launcher that Ada gave him, brining an end to the Los Illuminados.

Saddler is shown to be a seemingly affable and collected leader of Los Illuminados, rarely losing his composure even when things don't go in the way he wanted. He displayed great faith in Plaga, parasitic organism that serves as his cult's object of worship and source of power, confident that the persistent Leon would eventually succumb into the influence of growing Plaga inside him because of already did the same thing to an entire community beforehand only to be proven wrong near the end of the game. This however, hardly veils his megalomaniacal and psychopathic side, as Saddler had bigger aspiration in mind where he sought to subjugate entire world with Los Illuminados' plagas and had no issue in killing anyone who opposed him and his cult, including those who betrayed him.

Saddler is not completely without compassion however, as he valued whatever friendship he made with Ramon Salazar and Bitores Mendez, having entrusted the two with their respective Dominant Species Plaga and therefore disheartened by their defeat at hands of Leon despite initially perceived the two as pawns for his agenda as shown in his notes. Though his underestimation on Leon and Luis ended up contributed to his undoing, the fact of him critical in determining those who worthy to wield the same power he gave to Salazar and Mendez as well as rightfully wary of Krauser's motives despite the latter managed to win his trust showed that he would've been a proper judge of character at its fullest had it not hampered by his pride.

Due to the Master Plaga in his system, Saddler is able to mentally control anyone infected with a Las Plaga parasite. It also mutates him to grant him superhuman abilities, as seen when Ada shot him, only for him to move the bullets through his body and eject them from his hand. In his mutated form, Saddler is able to deliver extremely powerful strikes and is strong enough to pick up and throw steel girders. However, the eyes on his body serve as weak points of sorts.

The real power of the United States lies in three areas. The Justice Department, the Administrative Bodies, and the Military. In order to take control of these areas, we must influence the minds of the people who advise the President.

After this is done, the rest of the departments will quickly fall under our sway.

If by chance the United States figure out our plan, the damage caused should be minimal.

We will still be able to conquer the Country as planned using our backup plan. Once we control the Country, we will use their international influence to our advantage.

The rest of the world will fall swiftly.

As already stated, if the first plan doesn't go as smoothly as expected, we'll proceed with our secondary plan. By sending in our special forces we will infiltrate the country from within. Fear and chaos will spread through the nation like a virus.

It's only a matter of time before the Country loses its stability. At that time, when they're most vulnerable, we will strike.

Rejoice my Los Illumanidos; the world shall soon be cleansed.

Because of that agent we lost Chief Mendez and Ramon. Nevertheless, everything will proceed according to plan.

I must admit however, the loss of my loyal men is a bit disheartening. But I will deal with it.

Replacing that loss will not come easy. I must choose wisely; for the Plaga reflects the conscience their hosts. If chosen poorly, they could betray me.

I need men who will swear their allegiance to me. I've learned my lesson when Sera betrayed me. I will not make the same mistake again.

In this important hour, I cannot and will not have anyone stand in my way. 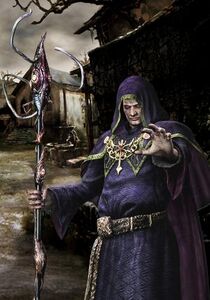 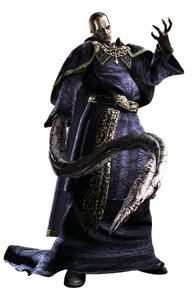 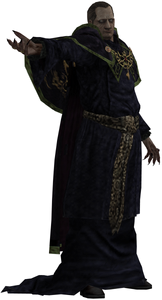 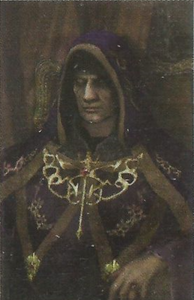 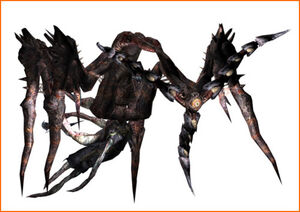 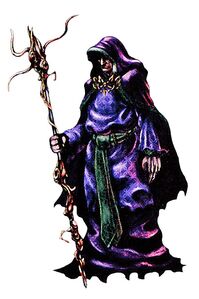 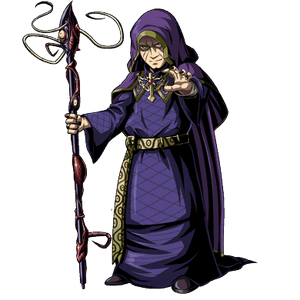 Osmund Saddler in in Minna to BIOHAZARD Clan Master. 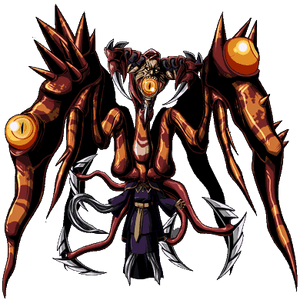