Founder and President of the Umbrella Corporation

Use the Progenitor Virus to remake the world in his image with an army of superior beings and rule over it as a god.

Develop the capability to de-age and become immortal (both failed).

Lord Oswell E. Spencer is one of the overarching antagonists of the Resident Evil video game series. Lurking in the shadows and rarely seen, he is the president of Umbrella, a major bio-weapons manufacturer hiding behind a pharmaceutical facade. A man of great wealth and power, he was an aristocrat with a keen hobby in art collecting.

Spencer had a vision to remake the world and lead it into a new era, as the world's current state was less than ideal to him. He intended to use the research of B.O.W. to carry out his vision and mold a utopia for mankind with himself as its ruler. He was also the student of Mother Miranda, who inspired him to achieve his goals in evolving mankind.

He was voiced by Adam D. Clark in Resident Evil 5, who also voiced Arkham in Devil May Cry, and Time Winters in RE: Resistance, who also voiced Zero in Metal Gear Solid V: The Phantom Pain.

Oswell E. Spencer was born around 1923 to a wealthy British family, as the Spencer family were prestigious as amongst the European elite. During his youth, Oswell lived in his family's castle and received an education, becoming interested in advancing the field of science. During the early-mid to late twentieth century, Spencer traveled to Eastern Europe where met Dr. Miranda, a scientist who discovered the Megamycete after losing her daughter. Oswell became her student, but had a different goal in mind as he wanted to manipulate the evolution of mankind while Miranda only wanted to resurrect her daughter. Due to their differences, the two had a falling out, but would remain in contact for years. Despite their disagreements, Oswell held Miranda in high regard, seeing that she was a brilliant biologist and thanking her for inspiring him to achieve his goals.

Spencer was one of the three scientists that discovered the Progenitor Virus. Accompanied by prominent researcher James Marcus and his student, Brandon Bailey, the trio were able to make the groundbreaking find on December 4, 1968. After much experimentation with the virus, Spencer was given a vision for the future of the world, which over the years manifested into "Project Wesker", a top-secret Umbrella project that would become the reason for every action Spencer took. While driven by their insights to create a powerful viral biological weapon, Spencer and his colleagues established the Umbrella Corporation alongside his friend Edward Ashford. The company appeared to create pharmaceutical products, which was truly meant to disguise their sinister motives. Ashford later died as a result of contracting the Progenitor virus. Around the same time, Spencer hired the well-known architect George Trevor to design a mansion in the Arklay Mountain.

The estate would serve as a camouflage for a secret research laboratory complex in its basement. After realizing that George may disclose the secrets of the mansion in the future, Spencer had his wife Jessica and their daughter Lisa kidnapped and used as Progenitor virus test-subjects. George was imprisoned within the walls of the mansion he built. Able to remember most of the traps and passages he created, he managed to escape. However, he could not leave the grounds due to the guards and so hid in the caves below the estate. All known information about him stopped after he ceased writing in his diary in December, sometime after falling down a hole, where a grave had been prepared for him by Spencer. Also occurring in that year, Spencer established the Umbrella Research Center for further research of the Progenitor virus and appointed co-founder James Marcus as the first general manager.

Having had delusions of godhood ever since the discovery of the Progenitor virus, Spencer eventually made plans to remake humanity in his own image via viruses. One of these plans, which he kept secret even from Umbrella's official archive, was Project W, which was a eugenics project that involved the mass abduction of various children born to parents with superior intellect and molding them after his own personal beliefs and moral views, manipulating them both directly and indirectly, and were given the last name of "Wesker", after the man who spearheaded the project. Two of them would later become important figures later on: Albert and Alex Wesker, who were both the sole surviving specimens of the project.

After Marcus successfully created the Tyrant Virus by introducing the Progenitor virus to a Leech, Spencer began to grow paranoid of Marcus' newfound reputation. Ultimately, Spencer ordered Marcus' former apprentices, Albert Wesker and William Birkin, to assassinate him. In the aftermath, Spencer appointed Birkin to take over the Tyrant Virus project. Spencer was also left as the sole remaining founding member of the Umbrella Corporation, and easily able to monopolize the company for himself.

When the Zombie outbreak affected Raccoon City, Spencer ordered that all of Umbrella's data be backed up to the U.M.F.-013 computer core, an act which was carried out and overseen by his loyal employee, Sergei Vladimir. Sergei and an unidentified Umbrella officer carried the computer core out of the city via helicopter. Raccoon City was leveled by a U.S. Government missile within moments of Sergei's escape. Spencer later received word that the city had been completely wiped out and made an entry about it in his journal. He also placed Sergei in charge of Umbrella's remaining structure and went into hiding. Following the aftermath of the incidents in the Arklay Mountains and Raccoon City, Spencer brought forth top lawyers and false witnesses to the Supreme Court to shift blame for the events of Raccoon City to the Government, which kept Umbrella afloat for another five years.

In actuality, U.S. governors were involved with Umbrella's dealings. Ultimately, Albert Wesker sealed Umbrella's fate by submitting all of Umbrella's secret information (B.O.W.s, Viral Samples, Tactical Training, etc.) to the Government. The information had been downloaded onto a special disk from the U.M.F.-013, one of Umbrella's biggest archives. Wesker even went so far as to personally testify against Spencer, detailing what role he had in the events of Raccoon City; he was referred to as a personal friend of the CEO (chief executive officer), but ultimately betrayed his former employer. Immediately afterwards, Umbrella's business license was revoked and a global manhunt was begun with the goal of finding Spencer, who mysteriously vanished following Umbrella's destruction. Wesker took all of Umbrella's infrastructure he had recovered and planned to remake the company as his own empire, with which to lead the world into a new era. He would meet Spencer again and reveal his plans before the end of it all.

In the following years, Spencer went into hiding, making sure he had little contact with the outside world to the point that he could not go back to Miranda to get help from her. His hiding place had been his European estate, a castle along the coast of an Atlantic ocean. Upon Chris Redfield and Jill Valentine were given information from a reliable source on Spencer's location, hoping to arrest Spencer and get information on Wesker's whereabouts. Minutes before they arrived, Wesker himself paid a visit to Spencer, who was expecting him, much to Wesker's shock. Wesker realized that Spencer had been in control of everything that had been occurring over the years, even his own actions, and the two discussed Wesker's origins. Wesker was the result of genetic experimentation with the Progenitor virus along with thousands of others, known as the "Wesker children."

Spencer revealed that his goal was to create a new breed of humans -Albert included- and thus become a god over a new world. However, Albert was the only one that survived out of other individuals who were "manufactured" such as him, and the research itself was destroyed along with Raccoon City. As Spencer stood from his wheelchair to confront Wesker face to face, Wesker violently thrust his hand through Spencer's chest, whispering to him that the right to become a god was now his, and had never been Spencer's. Wesker viciously removed his hand from his chest, allowing him to topple over. As Jill and Chris entered the room, they unexpectedly found Spencer's corpse, with Wesker's bloodstained figure standing over him. After a battle in the estate, Wesker and Jill disappeared and were presumed dead. Spencer's corpse was left lying on the floor of his castle.

12 years after Wesker's demise, and during Eastern European Village incident in 2021, Chris found further evidences relating to Spencer and Miranda' past relation in her hidden lab and how Resident Evil main events first started, shortly before Chris unexpectedly found Mia Winters, whose appearance was impersonated by Miranda.

Despite various references made to him in previous Resident Evil games, Spencer's only confirmed appearance was in Resident Evil 5. He was shown in a flashback to be an elderly man in his late eighties. He had light blue eyes and completely white, curly hair. He wore a purple evening robe with purple slippers, though he may have just been settling into more comfortable attire for the night. He was shown in a portrait wearing more formal attire, albeit with an older-age sense in his fashion. He was slightly confined to a wheelchair, which he was connected to through wires, though he was able to stand up and face Wesker during the last moments of his life, at the same time disconnecting himself from his life support. The chair kept track of his heart rate. Spencer would break into racked coughing at random times while speaking, and also seemed to have breathing problems. Since he has never been seen before his incredibly old state, when Spencer's health problems began is currently unknown, other than it potentially starting in the late 1990s.

Spencer is the the posthumous overarching antagonist of the 2021 film Resident Evil: Welcome to Raccoon City. He is not seen but briefly mentioned by Chief Brian Irons, explaining to the S.T.A.R.S. Bravo Team that he was the creator of the Umbrella Corporation and lived in the mansion up until his death. 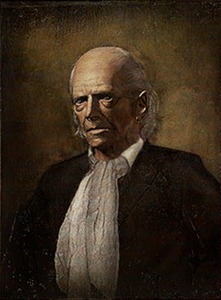 A portrait of Spencer in the Spencer Estate. 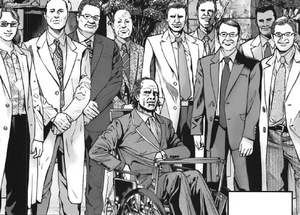 Spencer and his associates at Sonido de Tortuga Island. 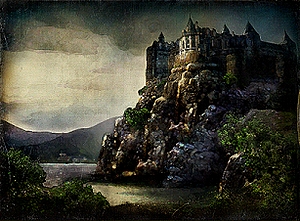 Spencer Estate, the spot that served as Oswell's hideout after the fall of Umbrella. 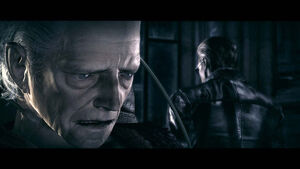 Spencer tells Wesker of his origins. 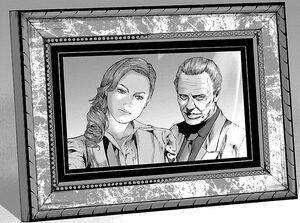 A picture of Spencer and Alex Wesker. 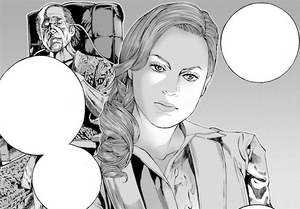 Spencer and Alex in Heavenly Island. 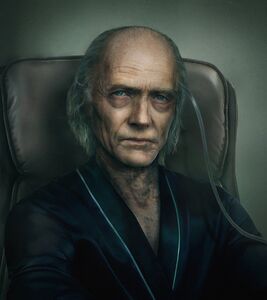 A portrait of Spencer from Resident Evil: Resistance. 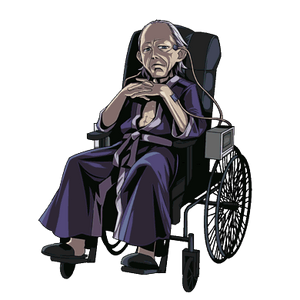 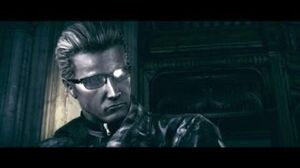