Dark Night of the Scarecrow

Kill Bubba Ritter and get away with it by fabricating evidence that it was self defense (succeeded).

Figure out who is behind his friends' murders (succeeded, but too late)
Avoid justice (failed).

Otis P. Hazelrigg is the central antagonist of the 1981 horror film Dark Night of the Scarecrow. He is the mailman for the nameless Southern town and the main person responsible for the murder of Bubba Ritter who later possesses the scarecrow to exact his revenge.

He was portrayed by the late Charles Durning, who also played Doc Hopper in The Muppet Movie.

In a nameless Southern town, Hazelrigg watches from the bushes as Bubba Ritter and Marylee Williams are frolicking in a field of flowers. He relays this information to a friend of his named Harless Hocker who claims that he'd "kick Bubba around a bit," but wouldn't go as far to murder him, unless Bubba hurt someone or gave him a reason to.

Meanwhile, Bubba and Marylee wander off and come across a hole in a neighbor's fence. Marylee goes through the hole and starts playing with some garden gnomes in the backyard. She is interrupted by a dog who viciously attacks her, but Bubba comes to her rescue. Bubba manages to carry her body home, much to the horror of the Marylee's mother.

Immediately after receiving the news, Hazelrigg is convinced that Bubba killed Marylee and rounds up his three friends to enact some vigilante justice. Armed with guns and dogs, they head up to Bubba's home where they pester Bubba's mother, before following their dogs into the fields and finding a lone scarecrow. Once Hazelrigg realizes that Bubba's hiding inside the scarecrow, he and his friends fire their guns, shooting Bubba 25 times. After the execution, Hocker gets a call on his truck's radio alerting him that Bubba was innocent and Marylee was still alive. Unable to take back their decision, Hazelrigg puts a pitchfork in Bubba's limp hand, making it look like they shot him in self defense.

A trial is held, but the four men are found not guilty on account of the lack of evidence. (In reality it was because the judge was bias towards the four men who were seen as respected members of the community. Unknown to them, Bubba's spirit rises from the grave and possesses the scarecrow to exact revenge.

A day later, Harliss finds a scarecrow in his fields like the one Bubba was hidden in; there is no indication of who put it there. Otis suspects the district attorney of putting it there to rattle the four of them and tells the others to keep calm and do nothing. In the evening, the figure disappears, and Harliss hears activity in his barn. He is investigating up in the loft when a wood chipper below starts of its own accord. Startled, he topples over into the machine and is killed. Since the wood chipper had not run out of gasoline after Harliss had been killed but had been switched off, Otis, Philby and Skeeter suspect that Harliss' death was not accidental. Otis goes to Mrs. Ritter's and obliquely accuses her of having engineered this supposed accident; she denies involvement, but says that other agencies will punish her son's murderers. She also implies that Otis is a pedophile because of his intense interest in Marylee, which causes him to run off.

At the local church's Halloween party while playing hide-and-seek with the other children, Marylee is confronted by Otis, who tries to get her to tell him that Mrs. Ritter is behind the recent events. Instead, she tells him that she knows what he and his friends did to Bubba and runs from him. Otis chases after her but is stopped by a security guard, who tells him to go back to the party.

The scarecrow soon reappears in Philby's field, and that night Otis breaks into Mrs. Ritter's house. Trying to stop what he sees as the next stage of her plot, he shocks her so badly with his sudden appearance in her home that she suffers a fatal heart attack. To cover his tracks, Otis starts a gas leak which results in an explosion that destroys the house. While everyone else believes the explosion was an accident, the district attorney is suspicious.

The next night, Philby is disturbed by a commotion in his hog pen; while checking it out, mysterious occurrences make him panic and try to flee in his car, which refuses to start. He is pursued across his property and takes refuge in a grain silo, shutting the door behind him. A conveyor belt feeding into the building is switched on. Philby, unable to open the now-locked door of the silo, is buried in the resulting avalanche of grain and suffocates.

The next day, upon learning from Otis of Philby's death, Skeeter is ready to turn himself in rather than face any portended wrath. Otis remains convinced that recent occurrences are a hoax arranged to avenge Bubba's murder and that Bubba himself is still alive. That night he and Skeeter dig up Bubba's grave, ostensibly to prove that the corpse is not there. Skeeter opens the coffin to reveal that the corpse is, in fact, still there and, in panic, tries to flee as he realizes that Bubba's spirit is responsible for the murders. Otis chases after and stops him, promising to go along with whatever Skeeter decides to do. They return to the grave to refill it, but while Skeeter is down in the grave closing the coffin lid, Otis decides then to protect himself, kills Skeeter by smashing his skull with a shovel, and fills in the grave with Skeeter inside it.

Driving home in an intoxicated state, Otis sees Marylee alone in the middle of the road. Pursuing her, he crashes his van and chases her on foot into a pumpkin patch. Catching up with her, he accuses her of masterminding the scarecrow murders when a plowing machine nearby stated up by Bubba. Terrified, Otis flees as the machine pursues him. Running through the field, Otis runs into the scarecrow which is holding the pitchfork that was planted on Bubba's corpse, and is impaled on the tines. Mortally wounded, Otis collapses and dies not before realizing that Bubba's spirit is real to exact his revenge. Marylee, who has been hiding in the pumpkin patch, hears footsteps approaching; she looks up to see the scarecrow looking down at her and smiles. It bends down, presenting her with a flower, and she says "Thank you, Bubba." Marylee then innocently tells him that she has a new game to teach him, called "the chasing game". 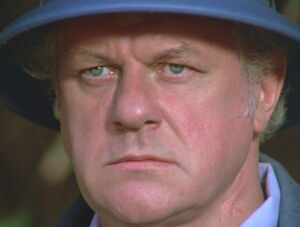 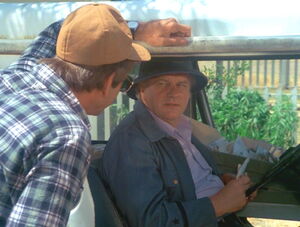 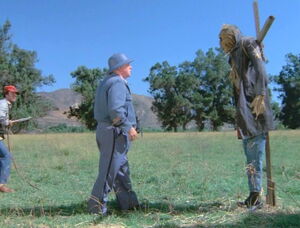 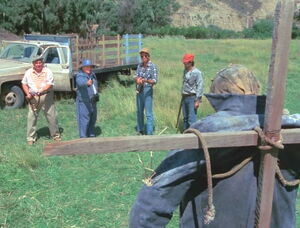 Hazelrigg and his friends execute Bubba. 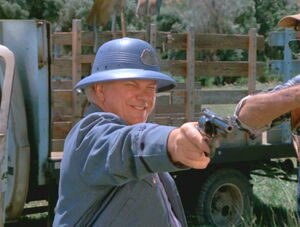 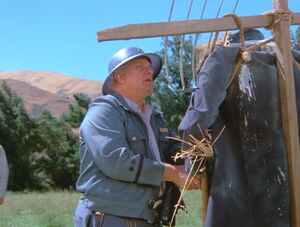 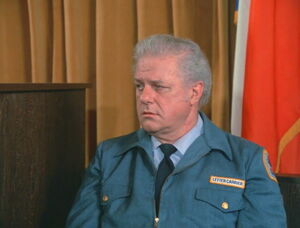 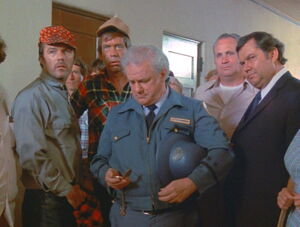 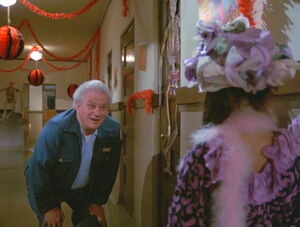 Hazelrigg being creepy towards Marylee. 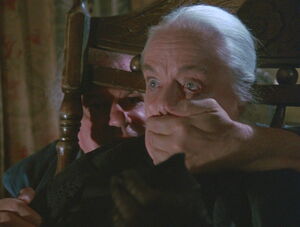 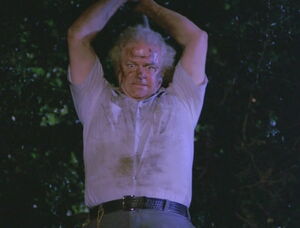 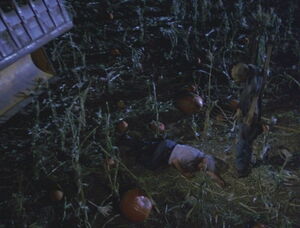 Hazelrigg's well deserved death.
Add a photo to this gallery

Retrieved from "https://villains.fandom.com/wiki/Otis_Hazelrigg?oldid=3855076"
Community content is available under CC-BY-SA unless otherwise noted.