Countless numbers of Uruk-Hai and Olog-Hai

The Outlaw Tribe is one of the nine orc factions in the videogame Middle-Earth: Shadow of War.

The Outlaw tribe is home to the most rebellious members of the Orc population. They have a deep contempt of 'all those who would rule them, be they foreign invaders or Lords of Mordor (whether Dark or Bright). They are intensely proud and consider themeselves members of the ultimate race.

The Outlaw tribe envisions Mordor as a sovereign land belonging only to orcs, though their aspirations extend far beyond Mordor and they hunger for the day when they can take their to greater Middle-earth. Other Orcs see them as a rebellious, scrappy, and dangerous tribe who are just as likely to attack invading armies as they are to turn on Sauron and claim Mordor for themselves. They take an opportunity to espouse their message of defiance against foreign races and lesser Orcs. 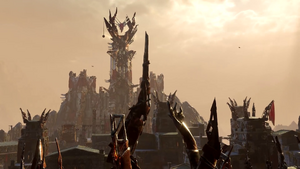 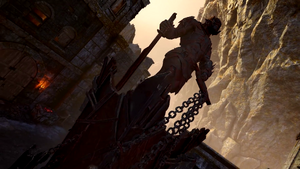 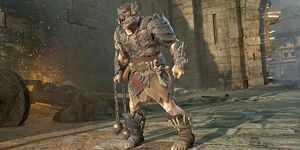 Orc holding bolas.
Add a photo to this gallery 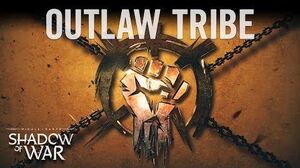 Retrieved from "https://villains.fandom.com/wiki/Outlaw_Tribe?oldid=4377650"
Community content is available under CC-BY-SA unless otherwise noted.