The OverLord of Darkness

Destroy all Agito to protect the human race

Genocidal Supreme Being
The OverLord of Darkness (オーヴァーロード, Ōvārōdo), also known as the Mysterious Youth (謎の青年, Nazo no Seinen) is the main antagonist of Kamen Rider Agito. He is referred as the creator of the human race and is the source of the Lords, monsters that protect humans by force if needed.

Long ago, the Overlord of Darkness coexisted with his "twin" the Overlord of Light as they created the world. However, when neither could agree on who would reign over their creation, OverLord of Darkness triumphed over his brother in the resulting battle. But in his dying breath, the OverLord of Light bestowed his essence upon humanity in the hopes that they would evolve beyond his brother's control. Refusing to allow such advanced humans to exist, the OverLord created the Lords to kill all humans who possess the potential to "evolve" into Agito while dealing with the Gurongi Tribe who have been preying on humans for their game.

Even though he died around the Pleistocene era, the Lord of Darkness left behind a puzzle that contained his own DNA model. After the puzzle was solved, OverLord's DNA was rebuilt from scratch. This allows him to reform his physical body, starting as a baby when he breaks out of the containment box and escapes from the OOPArts lab. However, his birth was witnessed by Sakiko Mikumo, following him after he matured into an eight year old boy until he was killed by Anguis Femineus, who punished Overlord by forcing him to commit suicide.

Meeting Ryo while he was near death, OverLord used his powers to prolong his life, assuming his adult form as a result. After being forced to take time off after being nearly killed by fear-moved Gills, Overlord took it upon himself to personally kill Tomoko Miura, was captured and placed in a mental ward after he recouped himself from the burden of personally killing humans.

As a result, OverLord decides to watch from the sidelines as Tuan performs various supernatural murders on anyone who reaches paranormal maturity, even though he intervenes once to give Agito a power boost to Agito's Tornador Machine. This would then result in Shouichi, along with Ryo and Makoto Hikawa, further complicating matters and meddling in the work of his envoys.

Before long, casualties were falling on both sides, with the Psychics and Lord suffering heavy losses. But the loss of El of the Water opened Master's eyes to the fact that Vessel Agito, Shoichi Tsugami, Ryo Ashihara, and Kaoru Kino had grown too strong. To this end, he would personally confirm that all of Agito's ships were actively hunted down and stripped of their Seeds of Agito, rendering them powerless.

However, Master realized that he needed to kill the Riders to extinguish the Seed he had absorbed. But with Hikawa's help, Shouichi deals a decisive blow to Master who releases the Agito Seed back to its rightful owner and forces Master to retreat. However, the shock that even normal humans had grown strong enough to resist his strength convinced Master that mankind was no longer fit for life, and began to organize their extermination and start anew.

The Overlord will carry out its genocide of humanity: align the constellations of the Zodiac, ultimately killing all of humanity in a bizarre doppelgänger murder starting with those born under Scorpio. To do this requires an extraordinary amount of concentration, which will make him vulnerable. To this end, he created El of the Wind to be his bodyguard and El of the Ground to continue killing those who reach paranormal maturity. But the Riders made one last stand and with the El Lords destroyed, the Overlord tried to retreat but was injured by Agito's Shining Rider's Kick and exploded.

The Overlord survived the attack but severly injured and had a conversation with Tetsuya Sawaki before the latter died, the latter's words reassuring him that while he was creating mankind, the Overlord did not really understand him. After that, he hinted that he had decided to put his plans on hold and observe how the humans would use their own gifts and whether or not it deserved to exist.

The OverLord of Darkness was the creator of mankind, who saw them as his subordinates. The Overlord of Darkness believes that one day the humans could not coexist with Agito. He had absolutely no idea what humans would be like. He was not evil, but had little understanding of his own creation. After he was hit by Shouichi Tsugami in episode 45, he began to realize that ordinary humans could surpass him, therefore he tried to commit genocide to both humans and Agitos by changing the constellation Scorpio into the shape of a cross and starting to disguise himself as a person who has the zodiac sign Scorpio. However, even though he had been defeated by the 3 Rider who have teamed up, the Overlord of Darkness believed that humans would one day kill Agito. The man he borrowed from his appearance called out to him, saying that even if the Lords of Darkness created humans, and that they would be able to accept Agito. He responded by saying that they would see together. 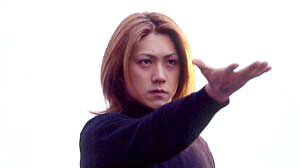 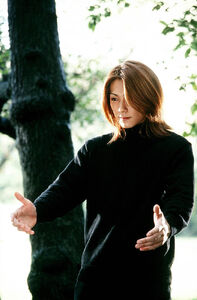 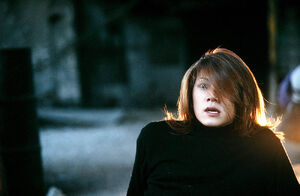