NOTE: This article is about the incarnation of Overt-Kill from the HBO series. The mainstream version can be found here: Overt-Kill.

Overkill is a supporting antagonist in the first season of the 1997 HBO series Todd McFarlane's Spawn. He is an assassin who was hired Tony Twist to kill Spawn after he took some of Twist's men.

He was voiced by James Hanes.

Later at midnight, Tony wakes and gets a call about what happened to his men. Tony then decides to call in his ringer, Overkill. Tony's limo drives by the crime scene where is investigated by Sam Burke and Twitch Williams about more of Tony's men's murder, Tony gets a phone about Overkill's arrival.

In the daytime, Tony is seen in his office and meets Overkill, instructing him to take out the man who took out his mobster. Before leaving, Overkill tells Tony he'll be keeping the heart for "dinner".

In the alleys, Overkill grabs a bum and threatens him for information who killed Tony's men. The bum tells him to check out Rat City to find Spawn. Before leaving, Overkill rips the bum's arm off and use it to write something on the wall with his blood.

Spawn climbs the church and sees a gathering of homelessness seeing the message Overkill left on the wall. Suddenly, the wall explodes and Overkill appears, saying it's midnight in Nairobi. He lifts up Spawn and starts throwing him around.

Later, Overkill goes to a facility to get repairs for his injuries from the battle. Spawn then blasts his way through the facility and kill Overkill.

In the parking garage, Twist walks down to his car and yells at his men to find and bring Overkill to him. As one of his opens the car, the pieces of Overkill fail out. Spawn appears on top of the car and wounded the guards. He threatens Twist to never come to the alleys and he works for him. After Spawn leaves, Twist grabs the gun and fires right at him, but fails due to the man in the cloak disappearing, causing Twist to angrily throw the gun. 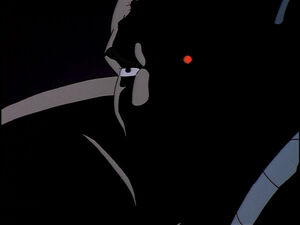 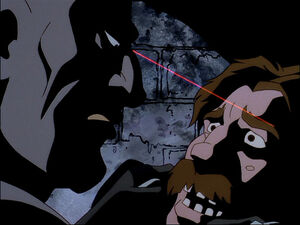 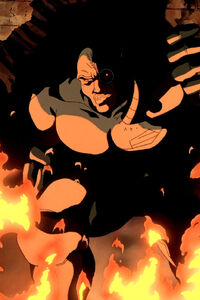 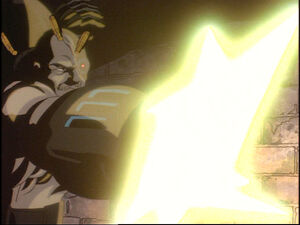 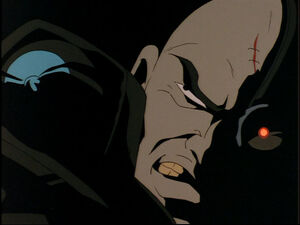 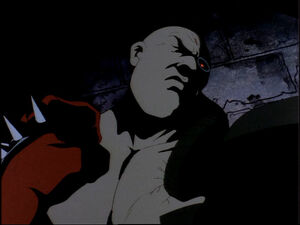 Overkill being punched by Spawn. 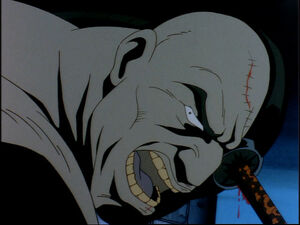 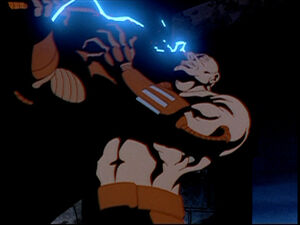 Overkill pulling the pipe out.