Acquire and sell the Rabbit's Foot to various terrorist groups for financial profits.
Begin war in Middle East (all failed).

He is an elusive, ruthless, and manipulative black market arms dealer who seeks to acquire a mysterious and dangerous weapon called the Rabbit's Foot, so he can sell it to the terrorist groups for profit. He is also one of Ethan Hunt's most dangerous enemies.

He was portrayed by the late Philip Seymour Hoffman, who also played Dean Trumbell in Punch-Drunk Love and Allen in Happiness.

Davian is an extremely ruthless, violent, megalomaniacal, callous, and intelligent sadist with elusive ways to avoid capture by the Impossible Mission Force and the Central Intelligence Agency.

He is cruel, heartless, but calm, calculating and has a very big dissonant serenity. He is also a sadistic psychopath as he enjoys wreaking havoc, antagonizing and harming Ethan as well as his wife. He is defined as one of the most dangerous enemies of the Impossible Mission Force (and particularly Ethan).

Davian is the most infamous black market dealer who commonly makes use of specialized micro-explosives which, once planted in the skulls of hostages or exposed undercover agents, enable the disposal of an individual with ease without harming others. Davian's plan is to ultimately find a mysterious dangerous object known only as the Rabbit's Foot (indicated to be some form of biological weapon, judging from the biohazard symbol on the object) and sell it to various terrorist groups for profit.

Ethan Hunt goes on a mission to capture Davian and initially succeeds in doing that, but Davian is soon broken out of IMF custody by his operatives and manages to escape in his helicopter. He then kidnaps Ethan's wife, Julia, before calling Ethan, telling him he has 48 hours to recover the Rabbit's Foot for him or else Julia will die. Ethan finds the Rabbit's Foot and contacts Davian, but Davian seemingly kills his wife anyway. This is later revealed to be Davian's head of security in disguise, as Davian had wanted to make sure Ethan was in fact telling the truth. Davian then leaves, but Ethan overpowers his partner (later revealed to be his boss, IMF Operations Manager John Musgrave) and tracks the location of his last phone call. This leads him to a small building where Davian has the real Julia tied up. As Ethan goes in to free her, he is attacked by Davian from behind and a brief fight ensues; with Ethan shoving him through a set of glass doors and out onto the road. Davian is then run over by a speeding truck, ultimately killing him once and for all and leaving only one of his shoes in its wake. 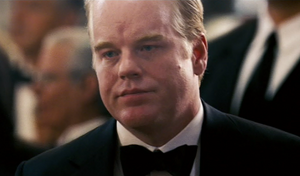 Davian in the ball event. 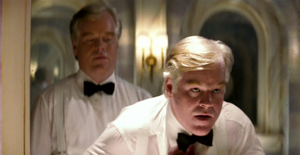 Ethan posing as Davian behind the real Davian. 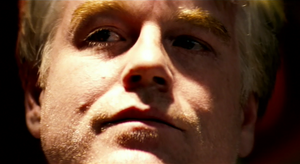 Davian threatening Ethan and his wife. 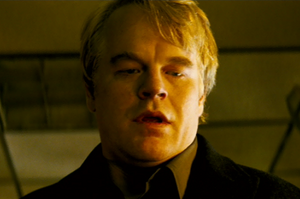 Davian, after fighting with Ethan.